Early this year it was suggested that all the private cryptos, except any issued by the state, would be prohibited in India. 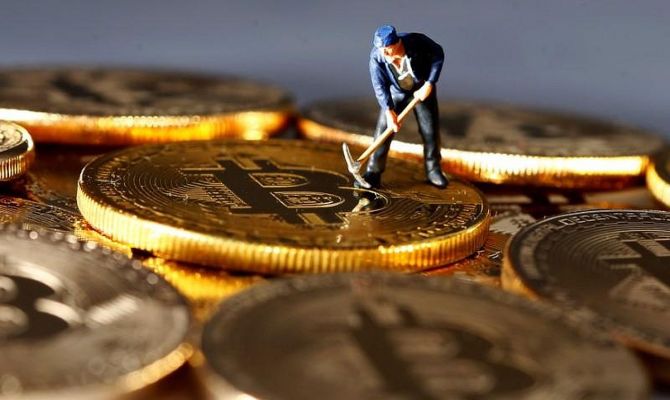 The government is considering a provision to provide an exit window to holders of cryptocurrencies (cryptos), keeping in mind that banning them outright could deal a blow to investors sitting on them for years.

According to sources in the government, the framework in the making may propose a grace period of three to six months for investors before prohibiting the possession, trading, mining, and issuing of cryptos.

A group of secretaries chaired by the Cabinet secretary is learnt to have met in mid-March and discussed issues associated with cryptos, including the consequences of banning them and also on possible substitutes of blockchain technology — an advanced technology Bitcoin uses.

The panel deliberated on concerns raised by stakeholders, including the latest one by the Reserve Bank of India (RBI) on virtual currencies, said sources.

The outcome of the meeting, however, is not known, but it discussed the potential damage in the case of a ban.

“The committee is expected to give its inputs, which will be examined by the ministry and department concerned before finalising the Cabinet draft note on cryptos,” said an official privy to the development.

Explaining the nuances, an official said that unlike fiat currencies, cryptos were not controlled by any central authority.

The new regime would give clarity on controlling such currencies, which could be misused.

However, there is a difference in controlling and banning the asset/currency, which the framework will address.

Even if certain forms of cryptos are declared illegal, then some grace period has to be given, or else it will create havoc in the market, the official added.

He further said the government had been receiving suggestions highlighting advantages and disadvantages of cryptos.

“Some suggestions are valid. For instance, a resident Indian can remit money abroad legally for many purposes, including investment in overseas assets.

“Therefore, they may trade cryptos through overseas brokerages. Restricting crypto trades will impact such regulations,” said a source, citing one of the suggestions.

The government recently showed some openness to currencies like Bitcoin.

Union Finance Minister Nirmala Sitharaman has said stated India is not shutting out all options when it came to cryptos or blockchain and fintech.

Insiders in government say the cryptocurrency market is booming and that could probably be the reason the government has delayed the Bill, especially when Bitcoin touched $61,000.

Early this year it was suggested that all the private cryptos, except any issued by the state, would be prohibited in India.

Meanwhile, the RBI has maintained its stand and again flagged concerns about cryptos owing to financial stability, which was not in sync with the government’s latest position.

“We are in agreement with the issues flagged by the regulator. However, more deliberations are required,” said a senior bureaucrat.

The RBI had banned such currencies through an order, which was struck down by the Supreme Court last year.

According to a Reuters report, in India, despite government threats of a ban, transaction volumes are swelling and 8 million investors now hold Rs 10,000 crore ($1.4 billion) in crypto-investments, according to industry estimates.

However, there is no official data on this.