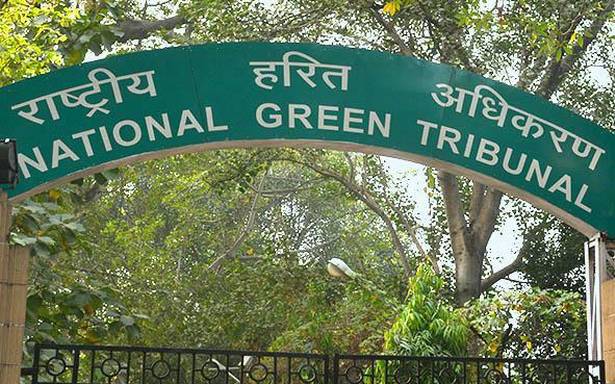 Once spread over 226 sq km, the water body straddling Delhi and Gurugram has shrinked to just seven sq km due to rampant encroachment

The Centre has decided to notify the Najafgarh Jheel, the second largest water body in Delhi-NCR after the Yamuna, as a transboundary wetland for its restoration and rejuvenation, according to a report submitted to the National Green Tribunal.

“A Framework for Integrated Environment Management Plan (EMP) for Najafgarh Jheel” will be implemented in a time-bound manner by Delhi and Haryana within the jurisdiction of the respective state, the report said.

Once spread over 226 sq km, the water body straddling Delhi and Gurugram has shrinked to just seven sq km due to rampant encroachment.

The lake is largely filled with sewage from Gurugram and surrounding villages of Delhi.

After Delhi and Haryana prepared their respective environment management plans for the lake, the Union Environment Ministry set up a three-member committee to prepare an integrated EMP.

The management committee may have members from the ministry, Central Pollution Control Board, National Environmental Engineering Research Institute, Nagpur, National Institute of Hydrology, Roorkee and representatives of IITs to review the status of implementation of action plans, it said.

The committee that prepared the framework for integrated EMP has suggested demarcating the boundary of the lake using geo-tagged pillars and construction of sluices and ducts on the embankment on the Delhi side.

“Construction on the flood zone around Najafgarh Jheel should be completely prohibited on account of seismic and liquefaction risks,” it said.

The committee recommended relocating flow obstructions such as power sub-station and providing alternate road connectivity to the settlements at the two ends of the Najafgarh Jheel, thus reducing vehicular traffic on the embankment especially during peak migration season of water birds.

It has suggested putting up signage at entry and exit locations, and at key vantage points to communicate the value of Najafgarh Jheel, management arrangements, and dos and don’ts for people while in the wetland.

The panel has also called for manual removal of water hyacinth and other aquatic invasive species in select pockets of the lake, and developing enterprise for economic utilisation.

Carbon and greenhouse gases flux assessments to determine the role of Najafgarh Jheel in climate change are among other measures suggested by the committee.

The presence of 281 bird species, including several threatened ones such as Egyptian vulture, Sarus Crane, Steppe Eagle, Greater Spotted Eagle, Imperial Eagle and those migrating along the Central Asian Flyway has been reported at the lake.

According to INTACH, the revival of the jheel would yield around 20 million gallons of water a day to support a population of 3.5 lakh.

“Despite being the source of several benefits and sustaining habitats of diverse species, Najafgarh Jheel has been highly fragmented and transformed, built upon, used as a waste receptacle, and infested with invasive species,” the committee said.

It noted that the Sahibi river, of which Najafgarh Jheel was the natural floodplain, has been converted virtually into a drain. The decimation of wetlands has exposed the neighbouring settlements in Haryana and Delhi to high risks of pluvial flooding and reduced groundwater levels.

Recent constructions within the wetlands, while impeding natural wetland functions, are precarious owing to high seismicity and liquefaction within the region, it said.