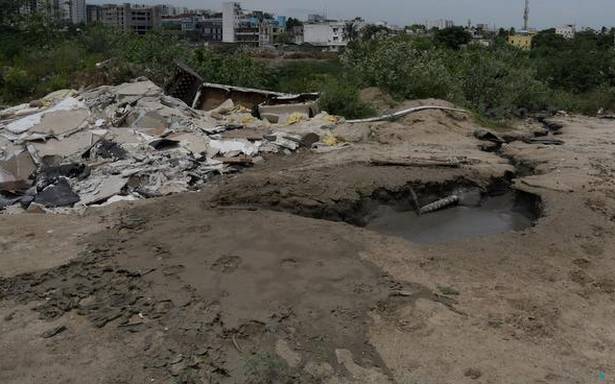 Fines will be levied for the dumping of construction debris outside of earmarked spots, as well as for dumping and burning of garbage

The Greater Chennai Corporation has intensified its campaign against littering and dumping of construction debris in the city. The civic body has asked residents to support the campaign to promote recycling of waste.

On Saturday, the Corporation shared information on Twitter about the fine amount to be collected for littering on the streets, to create awareness among residents. Corporation Commissioner Gagandeep Singh Bedi has directed officers to penalise those who dump construction debris. Separate locations have been earmarked for dumping of construction debris. The debris will be processed by the Corporation at Perungudi and Kodungaiyur.

The total waste generated in Chennai every day is 5,100 tonnes. The civic body is planning to focus on recycling to reduce the garbage reaching dump sites.

A tweet on Saturday by the Greater Chennai Corporation read: “Hey Chennai. The waste you’re disposing can be recycled. Help us maintain the city clean! #NammaChennaiSingaraChennai #ThooimaiChennai.