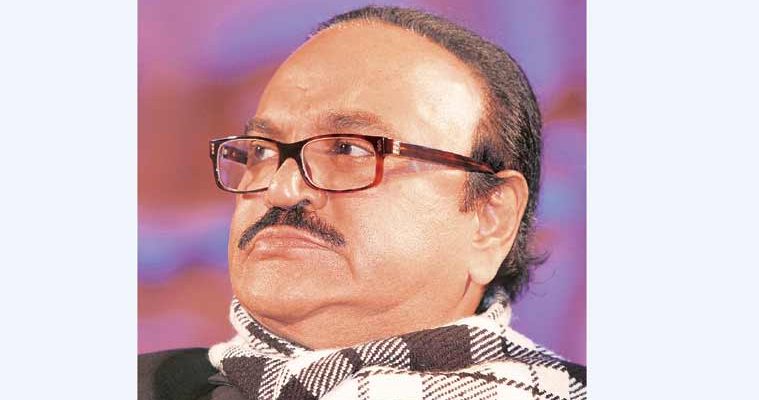 The ACB registered a case in 2015 against Bhujbal and others on the accusation that they favoured a developer firm for the construction of Maharashtra Sadan in Delhi. NCP leader and Maharashtra Food and Civil Supplies Minister Chhagan Bhujbal, his son Pankaj, nephew and former MP Sameer were discharged by a special court on Thursday from the Maharashtra Sadan case which was being investigated by the state Anti-Corruption Bureau (ACB).The Bhujbals were among eight accused discharged by the court.

The ACB case so far

In 2012, BJP leader Kirit Somaiya approached the ACB seeking an inquiry into the Maharashtra Sadan project.

In 2014, the Bombay High Court had constituted a special investigation team (SIT) to probe allegations of corruption against Bhujbal based on a PIL filed by activist Anjali Damania, who was then with the Aam Aadmi Party. It was alleged then that there were irregularities in awarding of contracts of over Rs 100 crore for three projects in 2006 when Bhujbal was the state minister of the Public Works Department (PWD).

In 2015, an FIR was filed against Bhujbal and others by the state ACB and then by the ED. It was claimed that the contract in question was given to Chamankar Developers for the construction of Maharashtra Sadan in Delhi, a new Regional Transport Office (RTO) building in Andheri and a state guest house in Malabar Hill. The agencies claimed that the contracts were given to the firm without following proper rules in return for kickbacks to firms and trusts controlled by the Bhujbal family.

In March 2016, ED arrested Bhujbal. He remained behind bars at Mumbai’s Arthur Road jail till the Bombay High Court granted him bail in May 2018.

The Bhujbals and others were booked under charges including cheating, forgery, criminal conspiracy, criminal breach of trust and relevant sections of the Prevention of Corruption Act. The case originates from land owned by the state government in Andheri. Part of this land was occupied by slums which formed a society and in the year 1997-98 passed a resolution for their redevelopment through the Slum Rehabilitation Authority. K S Chamankar Enterprises was appointed as a developer. P S Chamankar and Associates was the architect. Both the firms were subsequently named as accused in the case.

It was submitted before the court that there was difficulty in marking out the boundary of the land in question and some portion of the adjacent RTO land was needed. P S Chamankar wrote to the transport department in 2000 to seek a NOC from RTO. The architect firm also sought to develop some part of the RTO plot for the transport department. The proposal was however rejected then.

It was alleged before the court that in 2001, the firm again made a proposal to Bhujbal, who was then the state minister. He directed for the concerned departments to take appropriate action. Subsequently, between 2001 to 2006, after being put up for action before various departments including the PWD of which Bhujbal was then minister, the proposal to develop the land was accepted on the condition that the the firm will make construction worth Rs 100 crore for the state government including that of the Maharashtra Sadan in Delhi among other conditions.

The ACB chargesheet alleged that Bhujbal, other public servants along with the firms had caused wrongful losses to the government. It was claimed that a false status report with a false balance sheet was prepared with an inappropriate calculation for profit to the firm. It was alleged that while the prospective profit was shown to be 1.33 per cent, it was over 365 per cent. Other irregularities in the land use, construction were alleged. The status report however forms a crucial part of the case as while the ACB alleges that it shows losses were caused to the government, the accused maintains that the calculation shows that no losses were caused.

Bhujbal’s lawyers had while arguing for discharge maintained that the complaint was filed based on wrong calculations and that the decision to award the contract was taken by the Cabinet Infrastructure Committee headed by the then chief minister Vilasrao Deshmukh. He had also said that he did not have any role in selecting the developer as the firm was appointed in 1998. The detailed order on his plea is yet to be made available.