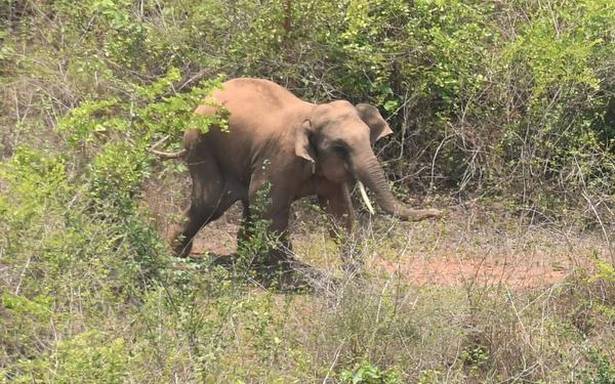 After being alerted, forest personnel rushed to the spot and sent the body for post-mortem.

A 42-year-old woman was trampled to death by a wild elephant in Chhattisgarhs Jashpur district, a forest official said on Thursday.

Pratima Tigga, a native of Baasdhar village, was attacked by the tusker on Wednesday evening near Kuhapani village near the Badalkhol Wildlife Sanctuary when she was on way to her village along with her seven-year-old daughter, he said.

The woman and her daughter were returning from Rengle village and when they crossed a river, they came face-to-face with an elephant which charged towards them.

The jumbo caught hold of the woman and trampled her to death, while her daughter managed to escape and informed locals, he said.

After being alerted, forest personnel rushed to the spot and sent the body for post-mortem, he said.

The victim’s family was provided an instant relief amount of ₹ 25,000 while the remaining compensation of ₹ 5.75 lakh will be given after completion of the necessary formalities, the official said.

"With this incident, 16 people have been killed in separate incidents of elephant attacks in the district in the last one year," he said.

On March 29, a woman was killed in anelephant attack at a forest in the Badalkhol Wildlife Sanctuary.

Several incidents of human-elephant conflict have been reported in the past from the thick forested northern Chhattisgarh, consisting of Surguja, Surajpur, Korba, Raigarh, Jashpur, Balrampur and Korea districts.

The region has witnessed killings of several villagers and widespread damage to houses and crops by rogue elephants.