The case relates to alleged financial irregularities in clearances granted when Chidambaram was the Union Finance minister in the Congress-led UPA government. 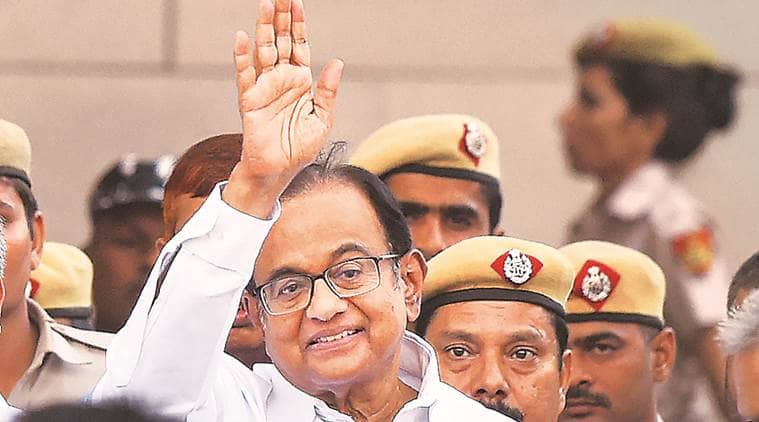 The case relates to alleged financial irregularities in clearances granted when Chidambaram was the Union Finance minister in the Congress-led UPA government.

The CBI has opposed Chidambaram’s bail, as he is a “very powerful and influential person in public life and has been a former Home and Finance Minister of the country”. Appearing for the agency, Solicitor General Tushar Mehta contended that Chidambaram “wields substantial and pervasive influence over the witnesses and has substantial potential of tampering with evidence”.

Meanwhile, in the separate Aircel-Maxis case, being heard in the court of Special Judge O P Saini, the CBI and ED submitted that the court should allow custodial interrogation of Chidambaram and son Karti, as their questioning could not be carried out effectively in the past.

The agencies claimed that Chidambaram, as the then Union Finance Minister, granted approval to the Aircel-Maxis deal beyond his capacity, which allegedly benefited certain people and for which he allegedly received kickbacks.

Opposing Chidambaram and Karti’s protection from arrest, the agencies argued that the two have committed serious economic offences, which are a threat to the national economy and is a white colour crime.

Judge Saini reserved order on the anticipatory bail for September 5.

The CBI submitted that the offence was committed “systematically with connivance out of larger conspiracy against public and national interest. Such economic offences have to be dealt with iron hands.”

In the INX Media case in the court of Special Judge Kuhar, Solicitor General Mehta argued that the CBI needs 10 days’ notice to respond to Chidambaram’s interim bail application, as this is not a special case and personal liberty of every citizen is equal. He urged the court to send the accused to police custody until Tuesday, when the Supreme Court will hear his application challenging the trial court’s remand orders, as also the non-bailable warrant issued against him.

Appearing for Chidambaram, senior advocates Kapil Sibal, Abhishek Singhvi, Dayan Krishnan and advocate Arshdeep Singh requested the court it should hear the interim bail application on Monday itself and pass the order.