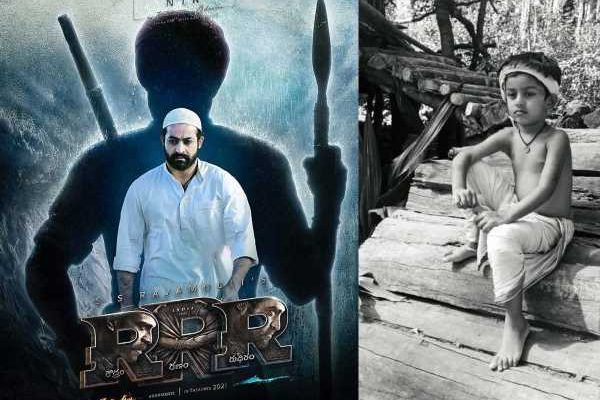 Shriya Saran, Olivia Morris, Alia Bhatt and Ajay Devgn are also part of the main cast. The child artist Dhruvan is playing the childhood version of one of the lead actors in  SS Rajamouli’ directorial venture. This news is confirmed by Dhruvan himself as he took to his Facebook by sharing few pics from the sets and confirmed that he is the part of Jr NTR and Ram Charan starrer  big budget entertainer RRR.

Though Dhruva  did not reveal whether he is playing Komaram Bheem or Allrui Sitarama Raju but the netizens assume that he is playing the role of Jr Bheem in RRR.

Ajay Devgn is playing onscreen mentor to Ram Charan and Jr NTR’s characters. Alia  Bhatt  is playing the role of Sita, Ramaraju’s love interest whereas Olivia Morris is  romancing Jr NTR in RRR, which is being bankrolled by DVV Danayya.