Biegun’s visit is expected to set the stage for the Indo-US 2+2 meeting between External Affairs Minister S Jaishankar and Defence Minister Rajnath Singh on the Indian side and Pompeo and US Defence Secretary Mark T Esper later this month. 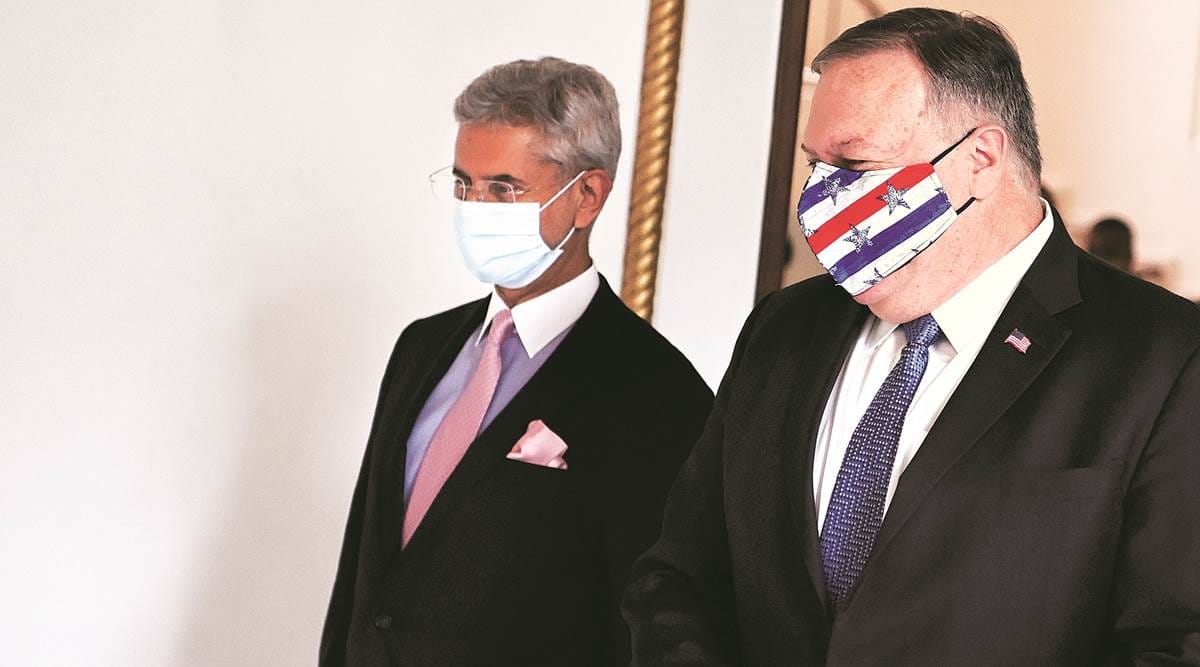 IN what sets the tone for US Deputy Secretary of State Stephen Biegun’s visit to India from Monday, two top US administration officials have slammed Beijing, invoking its ongoing standoff with India. US National Security Advisor Robert O’Brien has flagged Communist Party of China’s (CCP) “territorial aggression” at the Indian border and US Secretary of State Michael R Pompeo has said that China has amassed 60,000 troops on India’s northern border.

Biegun’s visit is expected to set the stage for the Indo-US 2+2 meeting between External Affairs Minister S Jaishankar and Defence Minister Rajnath Singh on the Indian side and Pompeo and US Defence Secretary Mark T Esper later this month.

Pompeo and Esper, as per plan, are likely to fly down to India for an “in-person” meeting with their Indian counterparts and meet Prime Minister Narendra Modi on October 26-27, sources told The Sunday Express.

The two sides are keen to wrap up the ministerial meeting before the November 3 US Presidential polls, as a consolidation exercise of the past four years’ efforts.

Earlier this week in Utah, O’Brien said China has attempted to “seize” control of the Line of Actual Control (LAC) with India by force as part of its territorial aggression, and stressed that the time has come to accept that mere dialogue and agreements will not persuade Beijing to change.

Incidentally, it was O’Brien, according to Bob Woodward’s latest book, who had warned Trump about the Covid-19 pandemic in a January 28 meeting saying the virus “will be the biggest national security threat you face in your presidency”.

O’Brien, who has been in touch with NSA Ajit Doval after the June 15 Galwan clashes in which 20 Indian soldiers — and an unknown number of Chinese soldiers — were killed, said early this week: “CCP’s (Chinese Communist Party) territorial aggression is also apparent on its Indian border where China has attempted to seize control of the Line of Actual Control by force”.

“The time has come to accept that dialogue and agreements will not persuade or compel the People’s Republic of China to change. There’s nothing to be gained from looking the other way or turning the other cheek. We’ve been doing that for too long,” he said.

He added that Reliance’s Jio had prohibited the use of Huawei’s equipment, as an example of the international community’s pushback against Beijing.

“Carriers like Jio in India, Telstra in Australia, SK and KT in South Korea, NTT in Japan, and others have prohibited the use of Huawei equipment in their networks. The Trump administration is investigating and prosecuting the economic espionage aggressively,” he said.

O’Brien said the Trump administration has strengthened its military relationships in the Indo Pacific.

Meanwhile, Pompeo, who earlier this week met Jaishankar in Tokyo for the Quad meeting, also hit out at Beijing for its “bad behaviour” and the threats it poses to the Quad countries — the US, Japan, India and Australia.

“The Indians are seeing 60,000 Chinese soldiers on their northern border, Pompeo said in a TV interview Friday after his return from Tokyo.

“They see, the people of their (Quad) nations understanding that we all slept on this for too long. For decades, the West allowed the Chinese Communist Party to walk all over us. The previous administration bent a knee, too often allowed China to steal our intellectual properties and the millions of jobs that came along with it. They see that in their country too,” he said.

In another interview, Pompeo said: “They absolutely need the United States to be their ally and partner in this fight…whether it’s the Indians, who are actually having a physical confrontation with the Chinese up in the Himalayas…the Chinese have now begun to amass huge forces against India in the north.”

“Look, they have stacked 60,000 soldiers against the Indians in the north. When the Australians had the temerity to ask for an investigation of the Wuhan virus and where it began, something that we know a lot about, the Chinese Communist Party threatened them. They bullied them,” Pompeo told Fox News.

As the border stand-off between India and China continues, India and the US have intensified under-the-radar intelligence and military collaboration and cooperation at an unprecedented level, especially since the Galwan incident.