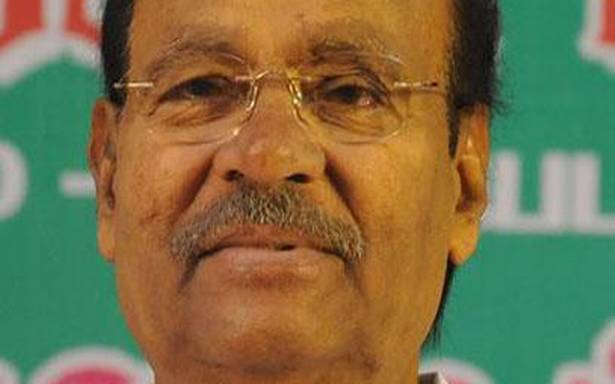 “There can’t be any other reason than politics behind the delay,”

PMK Founder S. Ramadoss on Monday urged the DMK government to clarify on the status of the NEET exemption bill, citing that no progress has been made since the bill has been passed in the assembly.

In a statement, he pointed out that December 21 will mark the completion of 100 days since the bill was passed in the assembly on September 13.

Mr. Ramadoss said lack of clarity would not help students, especially when the next admission process is going to start soon.

He pointed out that there is a time frame to get approval for the bill and the Governor has not given his nod.

“There can’t be any other reason than politics behind the delay,” Mr. Ramadoss alleged and urged the government to act immediately.

He also pointed out that the Chief Minister and his cabinet colleagues had met the Governor several times and requested him to give nod and send it for Presidential assent, but it has not resulted in any positive outcome.

Mr. Ramadoss said DMK government cannot escape from its responsibility by citing the delay from Governor’s end and they made the poll promise on getting NEET exemption after knowing that similar bills passed in the AIADMK regime did not get the assent.