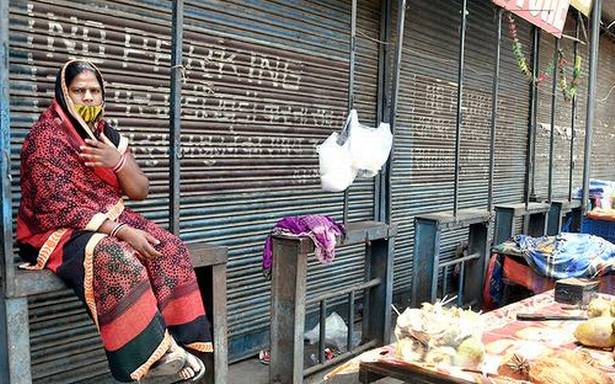 Chief Minister Arvind Kejriwal on Sunday announced the extension lockdown in the Capital till May 31. He said the government would consider a phased unlock from May 31 if the number of cases continues to remain low as they have been over the past week.

This is the fifth extension of the lockdown that began in the Capital on April 19.

“We are extending the lockdown by one more week and have taken the opinions of several sections of society into consideration. We may lose the gains we have achieved in the past one month if we unlock right now and it needs to continue for another week. If the cases continue to decline at the same speed in the following week, then we will start the unlock process from May 31,” Mr. Kejriwal said.

He added that Delhi was the first State to announce a lockdown on April 19 at the start of the second wave. He said at that time, the government did not know how long the new wave would last as the positivity rate reached 36% in April.

However, in the last 24 hours, the infection rate has fallen below 2.5%, the Chief Minister said, adding: “We have seen an improvement in the COVID-19 situation. I will not say that we have won the battle. There is still a lot left to be won over. But now it seems that we are gaining control over the situation and the spread of the virus has decreased rapidly.” Thanking people for fighting the virus together, Mr. Kejriwal said: “We have fought this together — the Central Government, the Supreme Court, Delhi High Court — all of them came together and the problem of oxygen was resolved. We now have a problem — shortage of vaccine — and we will come together and overcome this difficulty as well.”

The Chief Minister said the top priority of the Delhi government right now is to vaccinate Delhiites.

“We are preparing for a large vaccination programme but need supplies. We are willing to spend any amount on buying vaccines from companies to protect Delhiites. We are in touch with the Centre as well as vaccine companies in India and abroad to ensure that the Capital gets a steady supply at the earliest,” Mr. Kejriwal said.

The Chief Minister appealed to people to continue to adhere to the lockdown rules, maintaining strict discipline and other COVID-19 protocols.