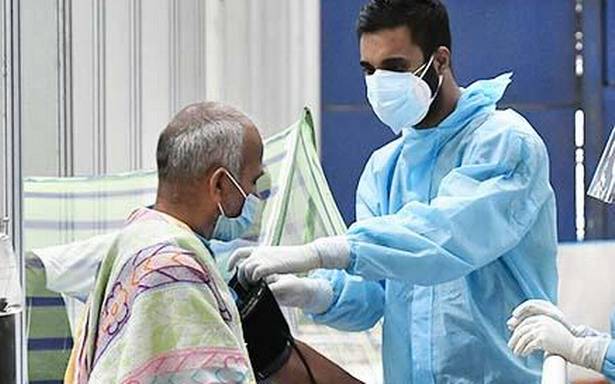 Chief Minister Arvind Kejriwal on Saturday said the Delhi government had made several preparations well in advance for a possible third wave of COVID.

Mr. Kejriwal on Friday chaired a meeting each with the Expert and the Preparations Committees where several decisions to mitigate the impact of the third wave were made. “Experts are saying that a third wave is bound to emerge, but nobody has any information on when such a wave will arrive and how dangerous it could be. It is our duty to be prepared,” Mr. Kejriwal told a digital briefing.

“This time, the COVID peak saw a maximum of 28,000 cases in a single day, which was around April 22 or 23. Based on this figure, we estimated how high the next peak might be. After our discussions, it was concluded that we should prepare for a peak of 37,000 cases per day,” he said, adding that this does not mean that if the peak goes beyond this figure, the government would not be prepared.

At the meeting, all calculations were being made regarding hospital beds, ICU beds and medical resources for children. A separate paediatric task force has been formed to look into the number of oxygen and ICU beds to be reserved for children, the Chief Minister announced.

“For children, different types of equipment will be required like different masks, different oxygen masks. The pediatric task force formed yesterday [Friday] will give its recommendations separately,” he said.

Mr. Kejriwal said that during the second wave, “a huge shortage of oxygen” had emerged and to avoid this, preparations are being made and a storage capacity of 420 tonnes of oxygen is being readied.

“We have had talks with Indraprastha Gas Limited and they have been asked to prepare a 1.5 tonne oxygen production plant. They said the plant would be ready in 18 months,” he said.

The government in the next one or two months, the city will have 25 oxygen tankers, 64 small oxygen plants and oxygen concentrators.

A team of doctors and experts has been set up to examine and inform that whether a particular medicine in high demand was actually beneficial in treating COVID patients.

A list of all “important medicines” too had been made and a buffer stock would be created for these.

Genome sequencing labs are also being created in LNJP hospital and ILBS so that the government could identify COVID variants in Delhi and ask experts what precautions to take against them.

“I want to assure you that your government is working 24 hours to mitigate the situation. I hope that the third wave does not come and we will try to vaccinate our people before that, but if the wave comes, then the people should not face any difficulty,” he said.