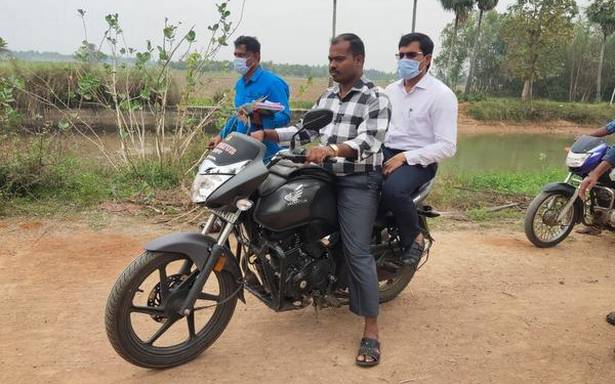 According to official sources, the Collector who was inspecting the assessment of crop loss due to the inclement weather conditions during last month visited the Agriculture Extension Centre at Orathanadu where uploading of crop loss claims was being carried out.

After inspecting the process, he decided to visit the field of Sathyamurthy of Cholapuram West village as the latter had claimed crop loss compensation. Since, the affected field was located at a distance of three kilometres from the main road, Govinda Rao hopped on to a motorcycle of a Revenue staff and drove to the field through a narrow carriageway passing through agriculture fields.

At the site, he verified the details of claim submitted by Sathyamurthy and also inspected the field of Chellamuthu of the same village who had also claimed crop loss compensation, sources added.