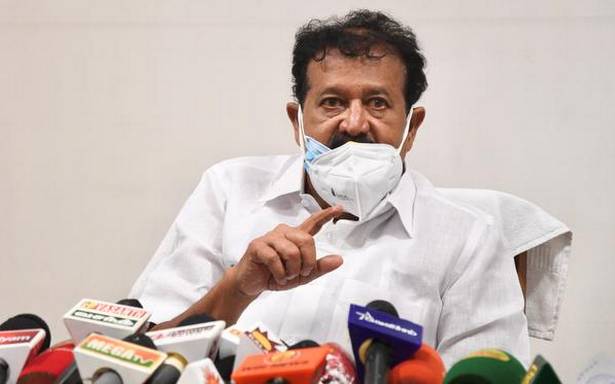 Colleges may admit students only after the results of class 12 have been published, TN Higher Education Minister K. Ponmudi has said.

The Minister said the Supreme Court had instructed the Central Board of Secondary Education (CBSE) to provide the results of class 12 students by July 31. Similarly, the State government is, in the absence of a common public exam, working out a modality to provide marks to students under the State Board.

The Minister told reporters, “We have to take into account the results of the CBSE students. The Chief Minister has announced the methodology for calculating Plus 2 marks as well. The process would be finalised by July 31. Only after that colleges, be it private, aided or government institutions, may start the admission process. Colleges may start the admission process only from August 1.”

The State would not, however, delay the admission process for the optional exams announced by the CBSE, Mr. Ponmudi explained.

As for admission through the single window system for Anna University he said the usual method would only be followed. First graduate students will continue to receive the usual concessions, he added. “The admission will be on the basis of marks only. We will have to prepare ranks for the students based on both the CBSE and State Board. Admissions have been delayed by just a month. Instead of July this year it will be conducted in August,” he said.