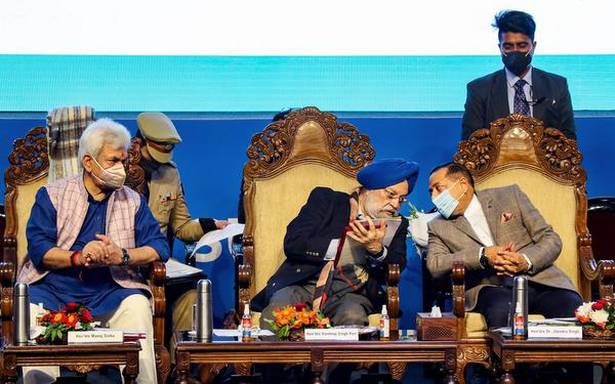 The Congress, the CPI(M) and factions of the separatist Hurriyat on Tuesday joined the regional parties in Jammu and Kashmir in opposing the government move to open up local real estate to “outsiders”.

The National Conference (NC) and the Peoples Democratic Party (PDP) had criticised the decision on Monday.

At the first-ever ‘J&K Real Estate Summit’ held on Monday, the Centre and the J&K government announced that any citizen of India could now buy non-agricultural land in the Union Territory.

CPI(M) secretary Ghulam Nabi Malik said: “The summit is to encourage corporate companies to buy land and other properties in J&K and it will endanger the livelihood of farmers of the region. We have been saying for a long time that the Centre’s sole motive in revoking the erstwhile State’s special status in an unconstitutional and undemocratic manner was to put J&K on sale and annihilate our identity.”

A spokesman of the J&K Congress Committee (JKPCC) said it would resist the bid to undermine the rights and aspirations of J&K residents.

Mirwaiz Umar Farooq, who heads a faction of the Hurriyat, appealed to the international community “to take cognisance of the systemic demographic change being foisted upon the Muslim-majority J&K by settling outsiders through a new policy of sale of land and natural resources to them”.

“The government of India wants to change the demographic character of Muslim-majority J&K and disempower its residents through such diktats and measures, in order to scuttle the final resolution of the long standing international political dispute of Kashmir,” the Mirwaiz, who remains under house detention since August 2019, said in a statement.