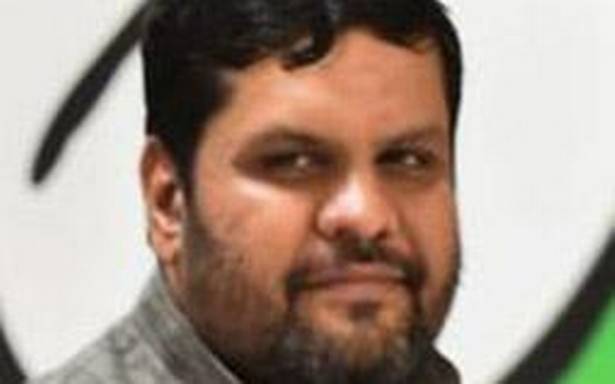 Congress accused the Narendra Modi government of underselling the country’s assets under the guise of disinvestment policy, flagging the recent sale of Public Sector Unit (PSU) Central Electronics Limited (CEL) to a private firm, which has no domain experience.

Addressing a press conference in party’s headquarters in Delhi, Congress spokesperson Gourav Vallabh claimed that the valuation of the CEL using different methods was between ₹957 crore and ₹1,600 crore and said the government had sold the Ghaziabad-based PSU to Nandal Finance and Leasing Pvt. Ltd for ₹210 crore.

The CEL was a PSU under the Department of Scientific and Industrial Research (DSIR), Ministry of Science & Technology. It was established in 1974, with an objective to commercially exploit indigenous technologies developed by National Laboratories and R&D Institutions in the country.

He pointed out that the cost of land owned by the CEL alone outstrips the price for which it has been sold. CEL owns 2.02 lakh square meters in Ghaziabad district of Uttar Pradesh. As per the circle rate, valuation of the land is ₹440 crores.

“We demand that this sale be stopped forthwith…. the promoters of Nandal Finance are also linked to a private university in Noida-Ghaziabad region and are known for their proximity to BJP leaders,” he said.

The government had announced the sale of CEL to Nandal Finance and Leasing for ₹210 crore on November 29 this year, as against the reserve price of ₹194 crore. This was the second strategic sale by the government after Air India.

The Congress spokesperson claimed that the private company that bought CEL from the government had just 10 employees and also had a case pending in the National Company Law Appellate Tribunal.

Mr. Vallabh said as per the financial statements filed by Nandal Finance and Leasing in 2019-20, 99.96% equity in the company was held by Premier Furnitures and Interiors Pvt. Limited, which had no link to the business of CEL.

The government, he said, needs to clearly spell out its roadmap for disinvestment and also explain its reasons to sell a PSU with strategic national interest. “ More importantly, they need to explain on how could they sell a profit-making company,” Mr. Vallabh said.