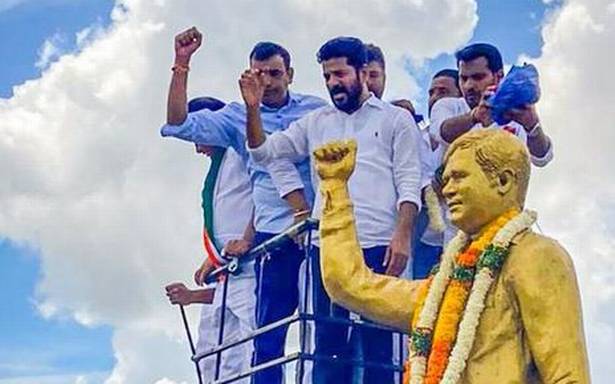 Congress leaders led by its president Revanth Reddy warned the government that the bugle has been sounded by students and youngsters to oust the TRS government and physical attacks by the police will not prevent them to take the agitation forward.

Mr. Revanth Reddy condemned the attacks on students and alleged that Chief Minister K. Chandrasekhar Rao was deriving vicarious pleasure from it. Attacks for questioning the government have become common in Telangana and the government seem to believe that it can silence people with police terror.

He said complaints would be lodged against the police officers involved in the attacks. He added that the participation of students and youngsters reflected how the party was ready to take on the government and assured that those who work for the party would be suitably rewarded.

Later, the Congress leaders garlanded the statue of Srikanth Chary, who committed suicide for separate Telangana.

TPCC Campaign Committee chairman Madhu Yaskhi also called on those injured and accused the government of resorting to violence to silence people. But Congress will not be terrified with police suppression, he said.