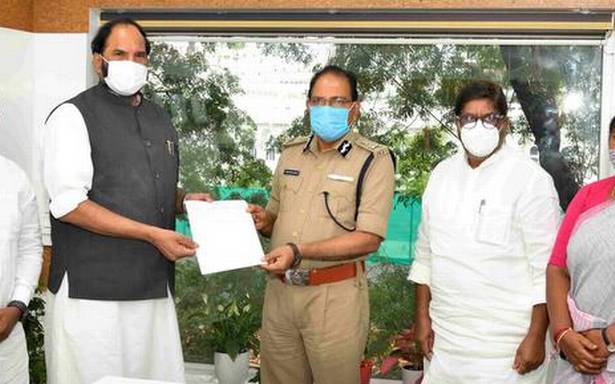 Dalit woman accused of theft was allegedly tortured by the police

The Congress leaders said the police was trying to project the death as a case of heart attack in the Addagudur police station and demanded a fair inquiry into it. Mr. Uttam Reddy said even Mariamma’s son Uday Kiran was brutally tortured and also attached the pictures of caning injuries on Uday Kiran’s body.

The TPCC chief said the deceased Mariyamma and her son were whisked away from their home in Komatlagudem in Madhira constituency by policemen in plain clothes in connection with a theft case. They were brutally beaten up and Mariamma died in the hands of her son. However, there is an effort to save the guilty and this would not send a good signal to the society.

Mr. Bhatti demanded punishment to the guilty under the SC/ST (Prevention of Atrocities) Act and a government job and compensation to the victim’s son.