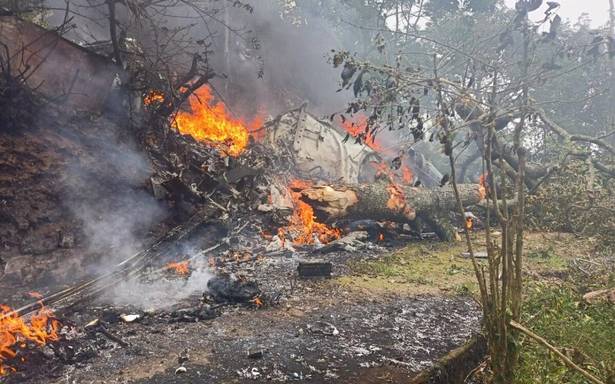 He was the lone survivor

Group Captain Varun Singh, the lone survivor from the helicopter crash in Coonoor in Tamil Nadu in which 13 persons, including Chief of Defence Staff Gen. Bipin Rawat, lost their lives, also succumbed to his injuries on December 15 morning. He was undergoing treatment at the Command Hospital Air Force, Bengaluru.

“IAF is deeply saddened to inform the passing away of braveheart Group Captain Varun Singh, who succumbed this morning to the injuries sustained in the helicopter accident on 08 Dec 21. IAF offers sincere condolences and stands firmly with the bereaved family,” the Indian Air Force tweeted.

Minutes later, Prime Minister Narendra Modi condoled his death. “Group Captain Varun Singh served the nation with pride, valour and utmost professionalism. I am extremely anguished by his passing away. His rich service to the nation will never be forgotten. Condolences to his family and friends. Om Shanti,” he tweeted.