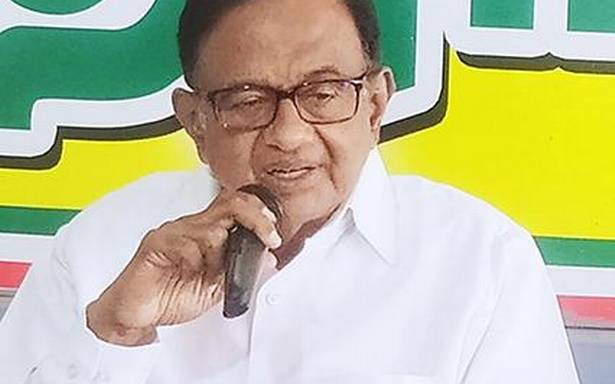 ‘If people don’t get vaccines, will he resign?’

Senior Congress leader P. Chidambaram said on Thursday that Health Minister Harsh Vardhan’s assertion of “enough vaccines” will stand exposed on May 1, when the third round of vaccination for the age group of 18-44 is scheduled to begin.

Dr. Vardhan has repeatedly said that the State governments have enough stocks.

“Health Minister Dr. Harsh Vardhan will be put to test on May 1. His claim and his government’s claim that there are sufficient stocks of vaccines with the States will be blown away,” Mr. Chidambaram wrote on Twitter.

“No State seems to be ready to open vaccination to the 18-44 years population. Even the CoWin app is not co-operating ! If people are turned away from the vaccination centres after May 1 on the ground of ‘No vaccine’, will the Health Minister resign?” Mr. Chidambaram tweeted.

Five States have gone on record to say that they will not be able to start the third phase of vaccination, because the two manufacturers — Bharat Biotech and Serum Institute of India — have refused to supply vaccines by May 1.

The other BJP-ruled States have not publicly stated so, but have failed to give any slots to those who have registered for vaccination.