Unlike other essential items, such as milk and Liquefied Petroleum Gas (LPG), foodgrains are labour intensive as they are loaded and unloaded manually. Many workers involved in this operation are migrants and daily wage earners. 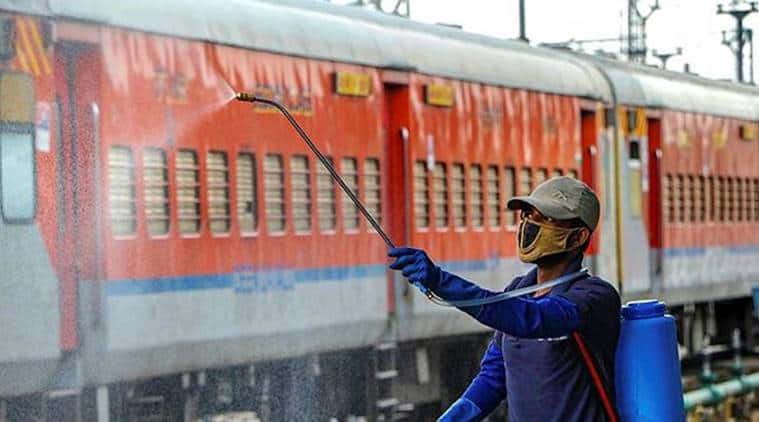 Amid the coronavirus (COVID-19) crisis, the Indian Railways has been working with state governments to ensure transportation of foodgrains is not affected, but the last few days have seen a drastic drop in freight operations by nearly 40 per cent due to acute labour shortage, which has hit loading of goods at various places.

Despite this, the railways said they had managed to increase loading of foodgrains for March. Unlike other essential items, such as milk and Liquefied Petroleum Gas (LPG), foodgrains are labour intensive as they are loaded and unloaded manually. Many workers involved in this operation are migrants and daily wage earners.

“Core commodities such as cement and fertilisers are hit but we are maintaining supply of essential products,” said Mishra. Cement loading during the lockdown has come to a standstill, while steel dropped by 70 per cent and iron ore by another 60 per cent.

As a result, the average per day loading dropped from 58,900 wagons in 2019 to 34,750 wagons. Of these, around 25,000 wagons were used for essential items including petroleum and coal, besides foodgrains, edible oil and milk.

The share of private traders of foodgrains had dropped by approximately 50 per cent but the FCI had increased its share in March. On March 29, FCI accounted for 2,155 wagons, as against a daily average of 1,425 on March 2019.

Explained: Putting a cost to coronavirus

The loading of milk from Palanpur in Gujarat to Palwal in Haryana has also been hit in part due to the lack of drivers for milk tankers, with roughly three rakes moved in the last one week with a fourth rake being loaded on Monday as against an average of two rakes being moved in a week last year.

However, salt and fertilisers, both essential items that need to be loaded and unloaded manually, have been hit due to labour shortage. A senior official from Gandhidham said a shortage of workers from Rajasthan, specifically involved in packaging and loading salt from Gujarat, has brought its loading down by nearly 80 per cent.

“As opposed to three rakes of salt carrying 8,000 tonnes sent out each day, not a single rake has moved out in the last five days,” the official said. Gandhidham, along with Kutch, caters to 70 per cent of the salt demand of the country.

Similarly, the fertiliser loading at Kandla port has dropped with its overall loading dropping to 75 per cent with port officials saying they were working with 160 workers against the usual strength of 600. “These workers have left in panic even without collecting their dues,” said an official from Kandla port.

According to officials, products that have mechanised handling with minimum requirement of labour, such as LPG, have been least affected but container traffic at India’s largest port, Jawaharlal Nehru Port, has been affected. According to Central Railway officials, at least 12 rakes transporting cement are sitting idle at sidings as there is no labour to unload it and, in turn, affecting the movement of other rakes.

Here’s a quick Coronavirus guide from Express Explained to keep you updated: What can cause a COVID-19 patient to relapse after recovery? | COVID-19 lockdown has cleaned up the air, but this may not be good news. Here’s why | Can alternative medicine work against the coronavirus? | A five-minute test for COVID-19 has been readied, India may get it too | How India is building up defence during lockdown | Why only a fraction of those with coronavirus suffer acutely | How do healthcare workers protect themselves from getting infected? | What does it take to set up isolation wards?