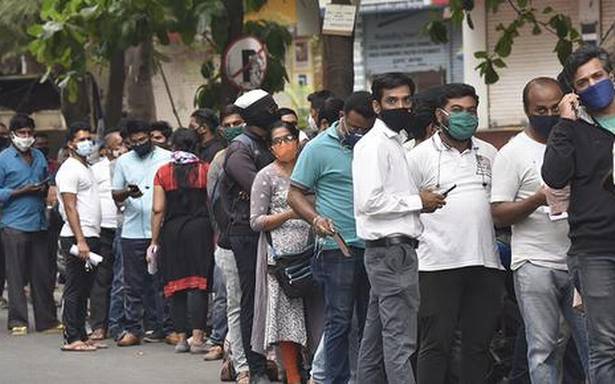 “No beds available, but got oxygen support”

With Pune facing an acute shortage of ventilator and oxygen beds, accessing critical health care is not easy.

Balaji Phad, a 28-year-old preparing for his Maharashtra Public Service Commission exam, had a nightmarish experience trying to find an oxygen bed in Pune city. “I tested positive last week. When I went to the nearest Pune Municipal Corporation Hospital for a check, they merely took down my details and put me on a wait list. As my oxygen levels began dropping, I searched for a bed in vain for two days,” he said.

Mr. Phad, who hails from Latur district, had no relatives to help him; financially strapped, he was close to tears and frantically began calling his friends as his health deteriorated.

“A friend finally took me to Naidu hospitals, but there were no beds available there… after searching high and low, I was finally taken to a private hospital near Pune Railway Station. There, too, all beds were occupied, but I was asked to sit and given oxygen support. It was only then that my condition began to improve,” he says.

IT engineer Prithviraj Bhosale says that his father was given a “forced discharge” by a private hospital as it had run out of oxygen.

“I had to hunt for an available oxygen bed in another hospital… it beggars belief that the district administration and the State government had not planned for a second wave… what was the need to shut down Pune’s jumbo COVID centres in such a hurry early this year? Furthermore, vitals drugs and medicines are in short supply owing to hoarding and rampant black-marketeering that is going unchecked,” Mr. Bhosale said.