Coronavirus (Covid-19) India Lockdown and Cases News Live Updates: India reported 2.63 lakh cases of the novel coronavirus on Monday. At least 4,329 deaths were reported on the same day, the highest so far in a day. 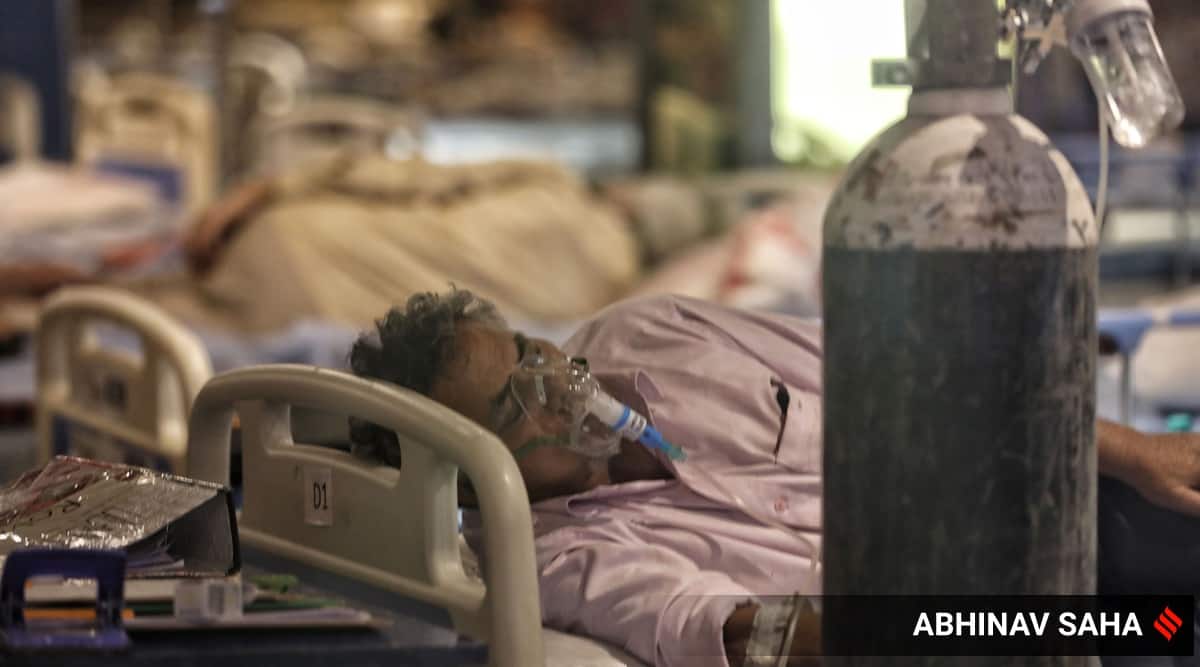 Coronavirus India Live Updates: The government on Tuesday said that around 200 districts have been reporting a decline in cases for the last two weeks and, after consistently increasing for the past 13 weeks, the country’s overall case positivity has registered a decline over the past seven days. The “pandemic curve is stabilising”, and the reproduction number (R) has now fallen below 1, Dr V K Paul, head of India’s Covid-19 Task Force, said. “This means the pandemic is shrinking overall,” he said.

Meanwhile, even as the rest of Maharashtra is showing a downward trend, there is a rise in infections in the Amravati district. Amravati was one of the first districts in Maharashtra to report the second wave in February this year. Following a 10-day lockdown in March, it noted a dip in cases. But state data shows it has again seen a rise in average daily cases by 148 per cent from April 9-15, when 426 new cases were recorded daily, to May 8-14 when 1,060 daily new cases were reported.

On the other hand, in Kerala which is likely past the peak of the second wave, the state’s local self-governing bodies have joined hands with neighbourhood groups and youth organisations, cutting across party lines to control the pandemic. They supply food, pulse oximeters, PPE kits, cots and vehicles — all free of cost — and even have volunteers to help with the final rites of those who have succumbed to the pandemic. For the hard-pressed state government, officials say, the active support of local bodies has come as a big boost.

India reported 2.63 lakh cases of the novel coronavirus on Monday. At least 4,329 deaths were reported on the same day, the highest so far in a day. Maharashtra reported more than 1,000 deaths, while Karnataka had 476. India saw its active cases drop by about 1.65 lakh on Monday, the biggest drop ever. There are now 33.52 lakh active cases in the country.

Singapore on Tuesday dismissed media reports quoting Delhi Chief Minister Arvind Kejriwal that a “very dangerous” strain of the coronavirus was prevalent in the city state, saying there is “no truth whatsoever” in such assertions.

Taking to Twitter, Kejriwal said the new strain of coronavirus could invade India in the form of a third wave.

Responding to Kejriwal’s tweet, Singapore’s health ministry said: “There is no truth whatsoever in the assertions found within the reports”. Volunteers of a NGO distribute ration at Budhwarpeth in Pune on Monday. (Express Photo: Pavan Khengre)

Asking field officials to be “more vigilant” amid a dip in Covid-19 cases in some states, Prime Minister Narendra Modi on Tuesday said that while the pandemic has posed a “big challenge”, the country’s “response should be unprecedented”. Interacting with state and district officials, including District Magistrates, on Covid-19 management, the Prime Minister said, “Corona numbers are decreasing in some states; in others they are going up. There is a need to be more vigilant in the face of this drop in cases.”

In a recently released media statement, Serum Institute of India has stated that it has never exported vaccines at the cost of people in India and remains committed to supporting the vaccination drive in the country. “A vaccination drive for such large population can’t be completed within 2-3 months, as several factors & challenges are involved. It’d take 2-3 yrs for entire world population to get fully vaccinated,” SII stated.

Read | Medical infra will collapse if no curbs on Goa entry: High Court