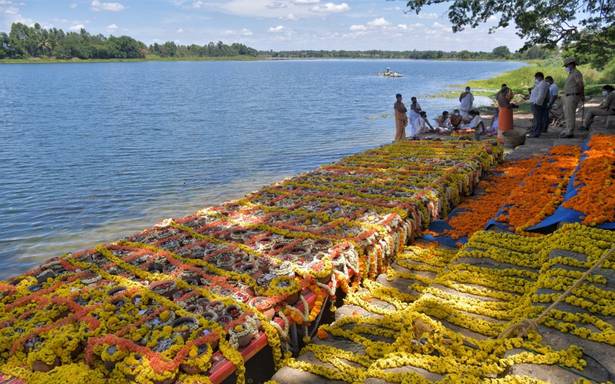 Tamil Nadu reported 25,317 new infections, followed by Kerala (19,661) and Karnataka (16,387). Maharashtra recorded 553 new casualties on the day, followed by Tamil Nadu (483) and Karnataka (463). Maharashtra’s fatalities include backlog deaths which were missed in the previous reports. The figures do not include cases and deaths from Ladakh. The data are sourced from the respective States’ health bulletins as of 12.17 a.m. IST on June 3.

Around 32.65 lakh samples were tested in the country on June 1 (the results for which were made available on June 2), which includes testing data reconciled by States.

India’s average daily test positivity rate (positive cases identified for every 100 tests) continues to decline. It was 7.5% on June 1 compared to 11.4% recorded a week before.

The seven-day rolling average of daily vaccinations in the country stood at 24.43 lakh on June 1, which is marginally more than the 22.71 lakh recorded on May 1.

While the seven-day rolling average of daily recorded COVID-19 cases in India continues to decrease, it is still registering the highest new cases in the world. On June 1, it stood at 1,64,331. The two other countries with the highest new case count after India were Brazil (61,467) and Argentina (32,915). Until June 1, over one in three recorded new cases were in India.