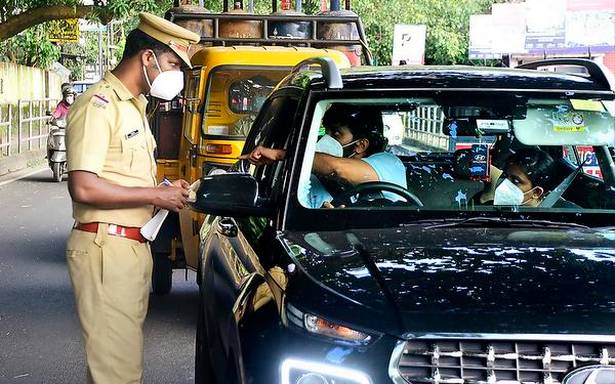 Sanofi and GSK said they have received approval for their phase 3 clinical study in India, to assess the safety, efficacy and immunogenicity of their COVID-19 vaccine candidate.

The Union Cabinet on Thursday approved a ₹23,123 crore package to boost emergency response and healthcare systems, including funding for 20,000 additional ICU (intensive care unit) beds and the setting up of paediatric units in all districts, ahead of a potential third wave of COVID-19 in the country.

Two villages in Kallakurichi district have been declared as the first to achieve 100% coverage of their eligible population with the first dose of vaccine.

According to Collector P.N. Sridhar, Sikkampattu village in Ulundurpet block and Devi Agaram in Tirkovilur block had achieved the milestone of vaccinating 100% of their population.

Sikkampattu village has a total population of 1,026. Of them, a total of 236 were excluded – persons whose names were deleted from the electoral roll and those who cannot take the vaccine based on medical grounds. The remaining 790, including 15 pregnant women, were vaccinated against COVID-19 in the village.

Similarly, Devi Agaram had vaccinated 100% of its eligible population of 1,294.

Pfizer is about to seek U.S. authorization for a third dose of its COVID-19 vaccine, saying Thursday that another shot within 12 months could dramatically boost immunity and maybe help ward off the latest worrisome coronavirus mutant.

Research from multiple countries shows the Pfizer shot and other widely used COVID-19 vaccines offer strong protection against the highly contagious delta variant, which is spreading rapidly around the world and now accounts for most new U.S. infections.

Two doses of most vaccines are critical to develop high levels of virus-fighting antibodies against all versions of the coronavirus, not just the delta variant — and most of the world still is desperate to get those initial protective doses as the pandemic continues to rage.

But antibodies naturally wane over time, so studies also are underway to tell if and when boosters might be needed.

Canada’s chief public health officer says there are cases of the latest COVID-19 variant of interest in the country, but it’s too early to know how widespread it is or what impact it could have.

Dr. Theresa Tam said Thursday 11 cases of the Lambda variant that was first identified in Peru last year have been reported to Health Canada to date. However, the National Institute of Public Health of Quebec said Thursday it has confirmed 27 cases already, all in March and April.

The Public Health Agency of Canada is monitoring Lambda to see how it spreads and how it responds to vaccines, Tam said. “We’re just trying to gather up some information on who it is that’s having the Lambda variant right now, but there’s very few cases at this point,” she said.

Sanofi and GSK said they have received approval for their phase 3 clinical study in India, to assess the safety, efficacy and immunogenicity of their COVID-19 vaccine candidate.

The global, randomised, double-blind phase 3 study will include more than 35,000 volunteers aged 18 and older across sites in the U.S., Asia, Africa, and Latin America.

As part of the study design, all participants, including the control group, will be offered the study vaccine as soon as it is determined to be safe and effective, Sanofi said.

Spectators will be banned from Olympic venues in Tokyo because of a virus state of emergency, Japan’s Olympic minister announced on Thursday, meaning the Games will happen mostly behind closed doors.

"We reached an agreement on no spectators at venues in Tokyo," Tamayo Marukawa said after talks involving local and national government officials, organisers and Olympic and Paralympic chiefs.

Most Olympic competition will happen in Tokyo, but a few events will be held outside the Japanese capital.