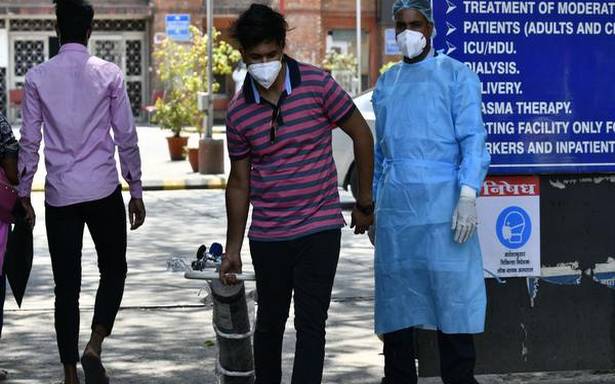 India accounts for 1 in 3 cases globally

The figures do not include cases and deaths from Ladakh. The data are sourced from covid19india.org, an independent aggregator of daily figures.

India continues to lead the world in terms of average daily cases and now accounts for one in three cases reported every day.

Over 16.51 lakh tests were conducted on April 21 (results of which were made available on April 22), the highest-ever number of tests conducted in a single day. For two consecutive days, the daily tests have crossed the 16 lakh mark.

The daily vaccination rate has been declining over the past week. Between April 8-14, India administered an average of 34.70 lakh doses every day. However, as on April 21, the average daily doses given fell to 25.48 lakh. A daily rate of over 68 lakh doses a day is required to vaccinate all adults in India by the end of 2021.

As of April 21, India recorded the second most number of average daily deaths in the world next to Brazil with about 2,800 average daily fatalities.