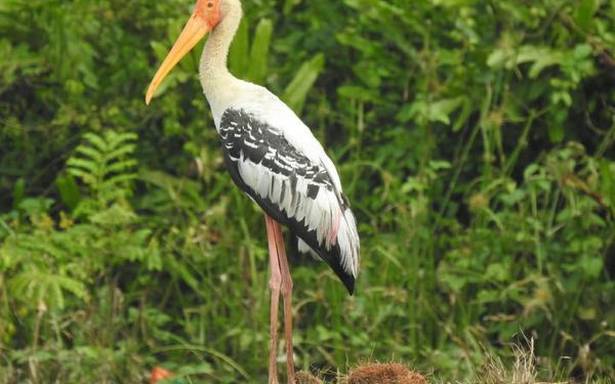 A 36 per cent hike was observed in the total count of birds compared to the previous year during the Asian Waterbird Census (AWC) carried out in the district recently in connection with PAN Asia AWC.

A total of 4,372 individual birds, including 30 migratory species, were observed. In 2020, 3,206 individual avians belonging to 52 species were noted in 10 sites. Whimbrel, Black-tailed Godwit, Lesser Black-backed Gull, Black capped Kingfisher and Peregrine Falcon were some of the unique species observed this year.

Renjan Mathew Varghese, State Director, WWF-India (Kerala) said the 36% increase in waterbird count in Thiruvananthapuram marked a difference from the other districts where a population decline was observed.

Around 40 expert birders and volunteers participated in the census jointly organised by WWF-India’s Kerala State Office, the Social Forestry Wing of Kerala Forests and the Wildlife Department under strict adherence to COVID-19 guidelines. Birding was done between 6.30 a.m. and 10.30 a.m.

“Inside the National Centre for Earth Science Studies (NCESS) campus, we spotted more than 300 Lesser Whistling Ducks. This can be attributed to the lesser disturbance to its natural habitat within the well-protected campus, which is contiguous with the Akkulam-Veli wetland complex. On the flip side, only 8-10 of these ducks were seen in the larger portion of the wetland, which is subject to reclamation, construction activities, pollution and human intrusions,” said Anushreedha Sivanandan, a frequent birder.

An increased number of Caspian Terns is also a notable observation. Lesser Whistling Ducks, Cormorants, Cattle Egrets and Barn Swallows were found in higher numbers. The Punchakkari-Vellayani wetland complex accommodates around 1,213 individual birds, making it a birding hotspot in the capital.

“We are losing quantity and quality of our bird habitat in general, but specifically waterbird habitats,” A. K. Sivakumar, AWC Coordinator and Senior Education Officer, WWF India, said.