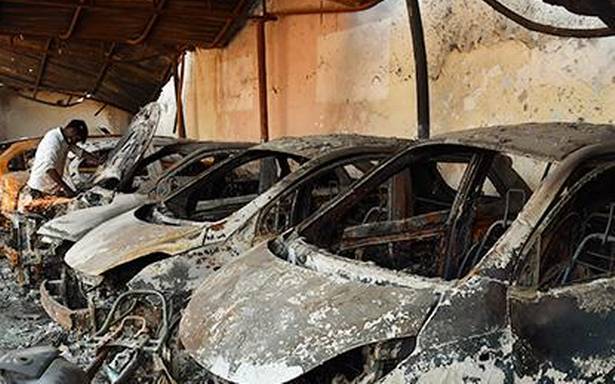 It pulls up probe agency, says no progress or further investigation in the case has been made so far

A Delhi court has discharged a 22-year-old man from the charge of causing arson during the north-east Delhi riots, noting that there is no CCTV footage, video clip or eyewitnesses of the incident.

Additional Sessions Judge Vinod Yadav said the ingredients of Section 436 of the Indian Penal Code (mischief by fire or explosive substance), which was added in the chargesheet, are not at all made out in this case.

The judge remarked that till date, the investigating agency has not been able to apprehend or arrest any other accused person, “meaning thereby that no progress or further investigation in the case has been made so far”.

The investigating agency is still standing on the same square, which it did when the accused Javed was enlarged on bail on July 24 last year, the judge said.

Javed was arrested from his house on April 19, 2020, pursuant to receipt of a secret information and his categorical identification by a constable in the case.

As per the chargesheet, Javed has been accused of being an “active member of the riotous mob” that took part in rioting, vandalising and arson during the riots. Apart from a beat constable, who has categorically identified him, the call details record (CDR) location of his mobile phone number confirmed his presence at the scene of crime (SOC).

The Special Public Prosecutor has argued that further investigation is ongoing and efforts are being made to identify the other rioters in the incident in PS Dayalpur area.

The FIR was registered on March 3, 2020, on the basis of complaints made by four individuals who complained of their properties such as house, godown, and shops being looted and vandalised by the mob on February 25, 2020.

The judge highlighted the complaint made by one of the four individuals, where he had initially stated that on the night of February 25, 2020, a riotous mob, after breaking into his house, committed robbery of various household articles. However, this complainant later changed his statement and added that after looting his house, they set it on fire.

The judge said that from his first statement, the ingredients of Section 436 IPC are not at all made out. “It is a matter of record that he did not say a word about setting his house on fire by the riotous mob in his initial written complaint made to the police, based upon which FIR was registered,” the court noted.

“It is only when his statement under Section 161 Cr.P.C was recorded by the IO (investigating officer) on March 06, 2020 that ingredients of Section 436 IPC for the first time came into fore and same were accordingly invoked in the chargesheet,” the court said.

“I am afraid that the investigating agency cannot cover up the said flaw by way of recording the supplementary statements of complainants, if the ingredient(s) of Section 436 IPC was not there in their initial written complaints made to the police,” the judge said.

“This court is conscious of the fact that cases of communal riots have to be considered with utmost sensitivity, but that does not mean that common sense should be given go by; mind has to be applied even at this stage with regard to the material available on record,” the judge remarked.

It ordered for the case to be transferred before the Chief Metropolitan Magistrate (North-East).