The government-appointed scientific committee has not spelt out the possible reasons for the decline in coronavirus numbers. But two of its members offered insights into what could be happening. 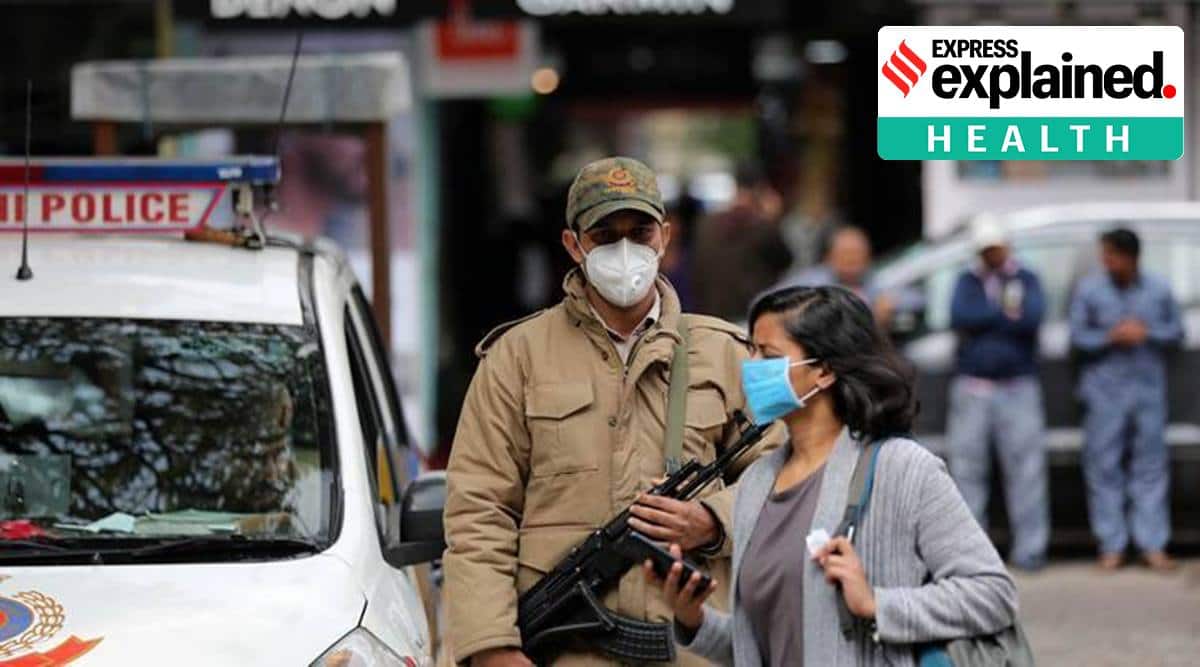 The reasons for the continuous decline in coronavirus infection numbers since last month have not been clear. The numbers have fallen sharply – even though travel restrictions have eased, economic and other activities have resumed and, to a large extent, normalcy has returned.

There has also been no reduction in the number of tests, nor has the disease prevalence in the population reached a stage where ‘herd immunity’ would have to be factored in. The use of face masks, and physical distancing are far from being universal.

READ | India went past peak in September, Covid may run its course by February: Govt panel

The government-appointed scientific committee has not spelt out the possible reasons for the decline in coronavirus numbers. But two of its members offered insights into what could be happening.

“A recent case study of Andhra Pradesh and Tamil Nadu published in the journal Science a few weeks ago showed that almost 70 per cent of infected people were not passing the disease to others. The virus was spreading only through a small set of people who are referred to as super-spreaders,” Prof Manindra Agrawal, a member of the committee, told The Indian Express.

These super-spreaders, Prof Agrawal said, have a greater chance of getting infected during the early phase of the epidemic. “So, it is possible that the super-spreaders have already been infected, and become immune. And as we have seen, very few among the others transmit the disease. This could be one possible reason for what we are seeing right now,” he said.

Super-spreaders are infected people who infect a large number of others. The study that Agrawal referred to, had relied on data from over 85,000 confirmed infections in Andhra Pradesh and Tamil Nadu until August 1, and nearly 6 lakh of their contacts who were identified and traced. It is the largest such study so far.

Prof Agrawal pointed out that the super-spreaders had no special quality apart from the fact that they were interacting with more people than most others. A vegetable vendor, for example, is likely to interact with many more people than the average officer-goer.

“Precisely because of this reason, they are also likely to get infected early. If you take out the super-spreaders from the equation, the reduction in the coronavirus numbers does not look that surprising,” he said.

Prof Gagandeep Kang, an expert on infectious diseases and professor at Christian Medical College, Vellore, said it was not unexpected to find that the disease was actually spreading through a very small number of infected people. Prof Kang, who is also a member of the committee that reported its findings on Sunday, offered another possible reason for the numbers going down.

“Look, we all have varying degrees of contact with people. We may have 10-15 people with whom we interact on a very regular basis, then another larger set of people whom we might be meeting occasionally, and an even larger set with whom we rarely interact. During restrictions, we would be interacting mainly with people within our innermost circle. Whatever infections had to happen in that small circle of contacts might already have happened. Once that has happened, the numbers are expected to decline. For fresh infections to take place, people need to start interacting with the larger sets, or with complete strangers, as with co-passengers in public transport. That has just begun to happen, and I suspect most of the infections that we see right now are a result of those kinds of interactions, rather than in the closed groups,” Dr Kang said.

“Everything about the transmission of the virus is dependent on the nature and length of our interactions with other people. And there is a lot that we either do not understand, or are unable to analyse because of lack of adequate data. But this decline in numbers in the last one month is not inexplicable. It can be explained if we have good data and information,” she said.

Prof Agrawal pointed out that the current decline in cases in India were similar to what many European countries had experienced a few months ago.

“Take the case of Italy, for example. There too, the disease prevalence had not become so widespread that we could have begun talking about herd immunity. But the cases had declined very sharply. What we are seeing now (in Italy) is a resurgence, or a second wave. But it is not necessary that every country or region has to go through a second wave of infections. If we are careful, and tide over the next few months, we can be hopeful of a better situation next month,” he said.

Prof Kang said apart from festivals, the approaching winter and the resultant increase in air pollution could also be reasons for concern.

“We do not yet fully understand the correlation of the coronavirus epidemic with cold weather. But there is a seasonality associated with the spread of other kinds of viruses and infectious diseases, and based on that experience, it would not entirely be out of place to suggest that the spread of coronavirus might increase during winter. We have to be careful. Air pollution could be a cause for concern as well. Bad air is already a big reason for respiratory diseases, and coronavirus can complicate matters further,” she said.