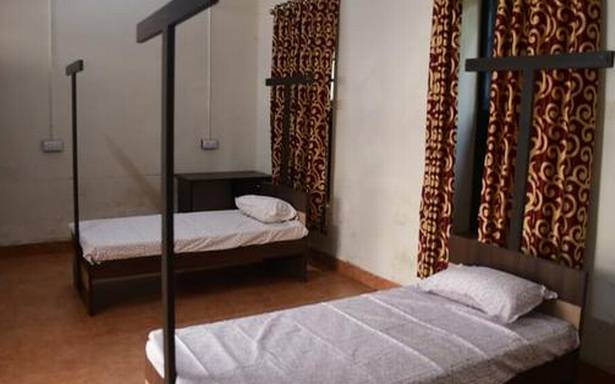 The CCC was being opened in view of non-availability of isolation facility for some personnel at home and on the direction of the DG & IGP Praveen Sood. The infected personnel finding it difficult to be in home isolation could join the CCC, he said adding the Deputy commissioner has arranged medical facilities at the centre.

The Deputy Commissioner lauded the efforts of the commissionerate in setting up the facility and urged the personnel make better use of it. DCP (Law & Order) Hari Ram Shankar and other officials were present.

Siddappa Shinge, armed police constable and an ex-serviceman, succumbed to COVID-19 infection at a hospital on Friday.

Mr. Kumar, in a statement, said Shinge was in hospital for two weeks and died of multi-organ failure. He had taken both the doses of vaccine. Forty-nine year old Shinge was a native of Hosur village in Hukkeri Taluk and had joined the police force in 2016.