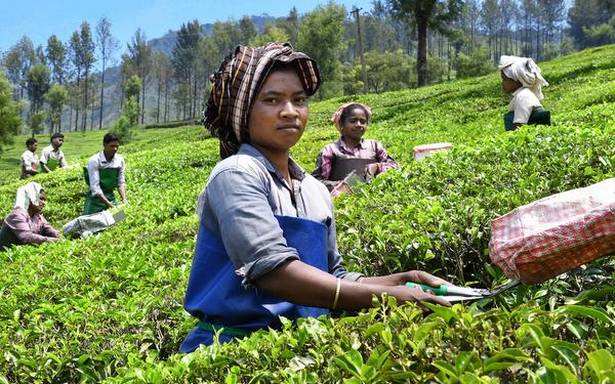 World Tea Day on Friday; Tea Board to use social media platforms to spread awareness

The tea industry in the State has largely avoided big disruptions in garden and factory operations with strict COVID-19 protocol in place, but restrictions on the movement of personnel have tended to unsettle the smooth flow of consignments.

Appu Kurien, chairman of the Tea Trade Association of Cochin, said though the tea industry was exempted from the purview of the lockdown, there were instances in which workers manning sales and auctions were prevented from reaching their workplaces. It was apparently due to the lack of ground-level communication, he said, adding that tea auctions had not faced any disruption so far. Tea auction, earlier slated for Tuesday, was postponed to Wednesday as the tea business sought permission from the district authorities. Subsequently, auctions were held on Wednesday and Thursday.

He said there was a serious problem with the functioning of banks being scheduled for Monday, Wednesday and Friday as part of the lockdown protocol, whereas businesses and shops opened on Tuesday, Thursday and Friday. When the shops were open, the banks were closed, he said.

Tea Board executive director M. Balaji said the Board had issued elaborate guidelines on following the COVID-19 protocol to avoid spread in gardens and factories. In addition, the operations are also guided by the decisions taken by the district authorities as well as the Disaster Management Authority. He said tea auctions in south India had not seen disruptions due to the pandemic spread. He said the Tea Board would take advantage of social media platforms to spread awareness as World Tea Day was celebrated on Friday.

Sources in the Association of Planters of Kerala (APK) said there had not been any major disruptions in garden-level operations though sometimes micro containment zones, created to contain the spread of COVID-19, had some impact. But they have not been a major issue.

It is estimated that there are around 1.1 lakh to 1.2 lakh workers in the tea sector in the State, including workers from other States. Strict steps were taken to control the movement of people in and out of garden areas and workers’ residential areas, he added.

Mr. Kurien said the tea market had been bullish and large-scale procurement of tea by Kerala and Tamil Nadu governments, which were supplying essentials to people either free or at subsidised rates, had seen tea prices going up even on Thursday’s auctions in Kochi, where about 12 lakh kg was sold. Around 90% of the stocks put up were sold, added sources.

APK sources said with demand for Kerala tea buoyant in Gulf Cooperation Council (GCC) countries and Iran, it was geopolitical instability that was more of a threat to the industry than the pandemic. He pointed to the ongoing Israel-Palestine conflict as an example of possible source of business disruption.