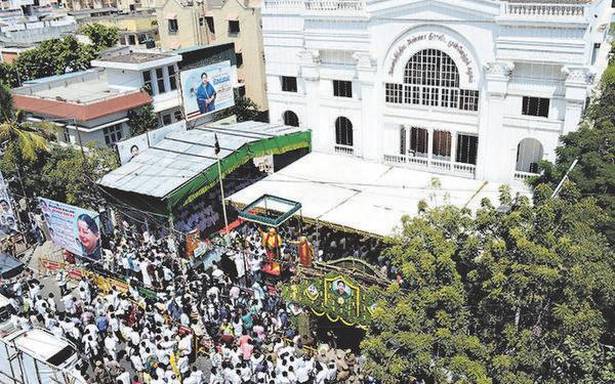 An advocate practising in the Madras High Court made a mention before Justices R. Subbiah and Sathi Kumar Sukumara Kurup on Friday that the police were blocking public movement on roads to enable movement of Ministers and ruling party MLAsduring the election season. A.P. Suryaprakasam said Avvai Shanmugam Salai, where the AIADMK headquarters is located, was blocked early in the morning to pave way for parking of Ministers’ and MLAs’ cars. Only Ministers, MLAs and ruling party men were allowed to use the road, he said.

He said people were put to great hardship due to such curbs and even lawyers could not come to court on time. Stating that he wanted to file a public interest litigation petition against the curbs, he urged the court to take it up for hearing at the earliest. The judges asked him to move it on Monday.