Between May 2 and May 8, as many as 306 districts — just under half of the country — were reporting a positivity rate of more than 20 per cent. 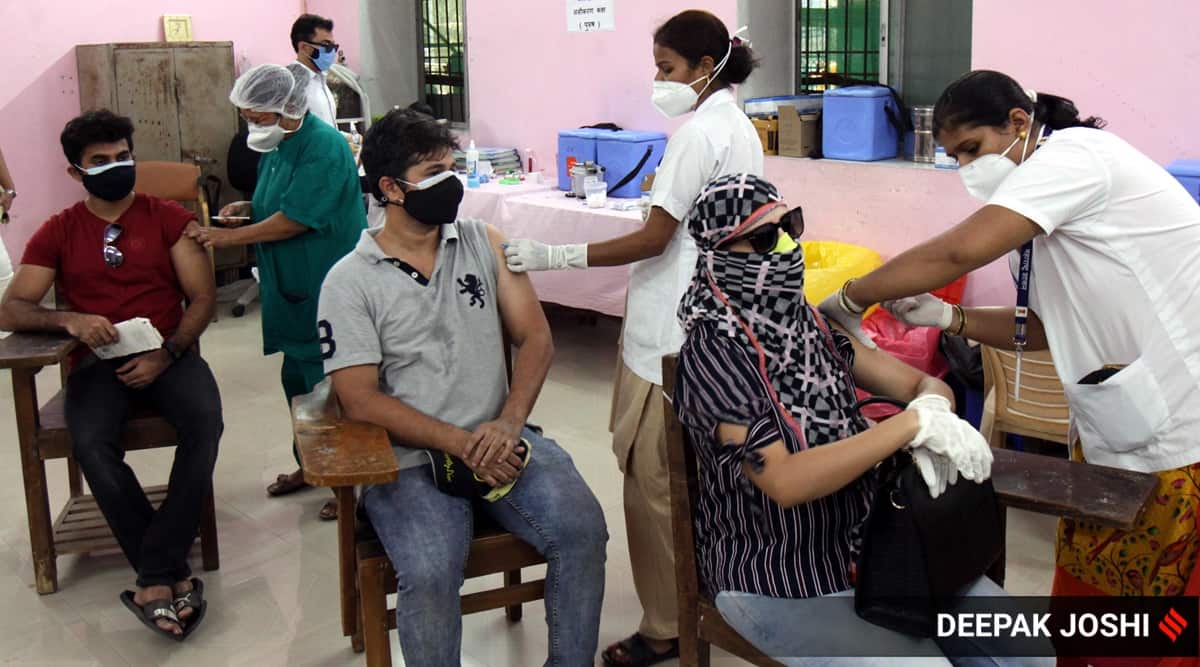 As many as two-thirds of all districts reporting a positivity rate of more than 20 per cent — an index of the pandemic’s current severity and its potential spread — have reported an alarming dip in vaccination after the Centre’s new norms kicked in May 1, an analysis of districtwise data obtained by The Indian Express reveals.

Not only does this raise doubts over the immediate course of the national vaccination programme, it also puts a question mark on vaccine equity. For, a scrutiny of the worst-hit districts shows these include several rural areas where the curve is rising and where there are glaring gaps in medical infrastructure.

Between May 2 and May 8, as many as 306 districts — just under half of the country — were reporting a positivity rate of more than 20 per cent. The Centre’s strategy for these districts was on twin planks echoing the UK model: put in strict containment measures and, in parallel, expand vaccination coverage to cut the cycle of transmission.

But the new norms — splitting the vaccine basket 50-50, dual pricing, opening up and stock shortage – have ensured that as high as 67 per cent of these 306 districts are reporting a decline in vaccination. 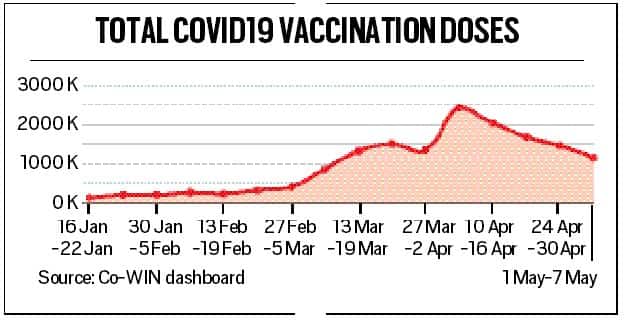 So while strict containment is being imposed in these districts, it’s not being complemented by aggressive vaccination to break the chain of transmission and reduce mortality among the vulnerable population. In short, the curbs on movement are not being harnessed.

Significantly, the decline in vaccination was reported between May 1 and May 7 compared to April 24-April 30. From May 1, only 50 per cent of doses are directly distributed to the states by the Centre; the remaining 50 per cent are procured directly from the open market.

Three broad patterns emerge. First, the decline in vaccination in 66 per cent of these districts began as states had to directly procure 50 per cent of doses to vaccinate the 18-44 age group. Second, a majority of these are in the rural districts of the country.

* Above 50 per cent drop in vaccination:

As many as 37 surge districts reported over 50 per cent drop. Cumulatively, 5.18 lakh does were administered May-1-7 in these districts. Under this category, Odisha (8 districts), Karnataka (4) and Maharashtra (4), were among top three states.