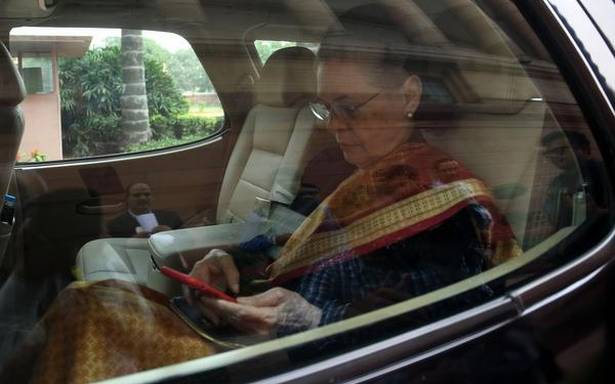 A meeting of the Congress Working Committee (CWC) on Saturday may see an intense debate between the reformists and the loyalists of the Gandhi family over a range of issues, including the party’s performance in recent Assembly polls, number of desertions and the question of having a full-time party chief.

The meeting comes barely a fortnight after Kapil Sibal, one of reformists or the group of 23 (G-23) leaders who had written to party president Sonia Gandhi last year to seek internal reforms, openly questioned the decision-making process in the organisation as well as the high rate of attrition.

“In our party, at the moment, we don’t have a president. So, we don’t know who’s taking these decisions,” Mr. Sibal said at a press conference on September 29.

This triggered a backlash. Youth Congress workers protested in front of Mr. Sibal’s private residence with messages that read “Get Well Soon”.

Senior leader Ghulam Nabi Azad had also written to Ms. Gandhi asking for a CWC meet to discuss the state of affairs in the party, including the exodus.

Though Ms. Gandhi quickly convened a CWC meet to quell the Congress versus Congress story, the debate is likely to continue in the party’s highest decision making forum.

While the loyalists outnumber G-23, senior leaders from the group in the CWC include Mukul Wasnik, Bhupinder Singh Hooda, Anand Sharma and Mr. Azad.

After these polls, Ms. Gandhi, in May, constituted a five-member committee under former Maharashtra Chief Minister Ashok Chavan to examine the reasons.

Though the panel submitted its reports in June, they have neither been discussed in any party fora nor made public.

“Are these reports also going to go the A.K. Antony report way? So far, we have been great at brushing everything under the carpet,”a senior party member had told The Hindu, referring to the report authored by Mr. Antony, who probed the reasons for the party’s 2014 Lok Sabha debacle.