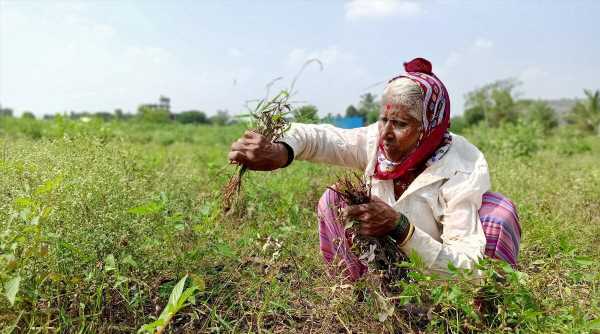 Lower production could force India, the world's biggest importer of edible oils and pulses, to increase overseas purchases of these commodities. Lower production could force India, the world’s biggest importer of edible oils and pulses, to increase overseas purchases of these commodities, and it could also reduce cotton exports from the world’s top producer.

Cyclone Gulab, which originated in the Bay of Bengal, made landfall on the east coast on Sunday and then weakened to a deep depression that brought heavy rainfall to the southern states of Andhra Pradesh and Telangana and western states of Maharashtra and Gujarat.

“I was hoping for a bumper soybean crop and good returns since soybean prices were attractive,” said 35-year old farmer Anand Mane from Latur in Maharashtra. “But just before harvesting, rainfall hit and destroyed everything,” said Mane, whose soybean and sugar cane crops on eight acres were damaged, leading to a loss of more than 250,000 rupees.

Farmers have expanded areas under soybean, but rainfall is limiting the rise in production, said Davish Jain, chairman of the Soybean Processors Association of India.

Industry official were expecting India to produce more than 10 million tonnes of soybean in 2021, up from last year 8.9 million tonnes. But the rainfall damage could limit the rise to 9.5 million tonnes, said a dealer with a global trading firm.

Leading cotton producing states have received excessive rainfall in the past four days, which badly affected plucking, said Chirag Patel, chief executive at Jaydeep Cotton Fibers Pvt Ltd, a leading exporter. “Within a week the cotton production outlook changed. We were expecting higher yields, but now yields will go down and even the quality of harvested crop would be inferior at the beginning,” Patel said.