The CBI had in February filed the supplementary chargesheet in the case against the two alleged shooters — Sachin Andure and Sharad Kalaskar. 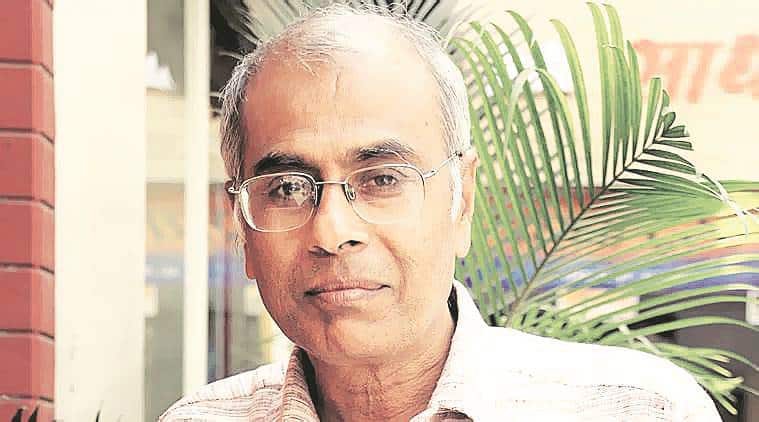 A section of CBI’s supplementary chargesheet in the Narendra Dabholkar murder case, which has been cited in a submission by the rationalist’s family members to various investigating agencies, describes the hours leading to murder on August 20 in 2013 as per the agency’s theory and also of the recce done by the accused 15 days before that.

The CBI had in February filed the supplementary chargesheet in the case against the two alleged shooters — Sachin Andure and Sharad Kalaskar. This was the second chargesheet filed by the agency in the case after the September 2016 chargesheet against ENT surgeon and Sanatan Sanstha member Virendra Tawade.

On April 11, the family members of Dabholkar and slain Communist leader Govind Pansare (murdered in February 2015) had submitted an application to the Home Secretary of Maharashtra, Joint Director of the CBI, chief of Maharashtra CID, Kolhapur police and the investigation officer of the case. In the application, the family members have drawn the attention of these agencies towards the statements given by Kalaskar to the Karnataka Police during the investigation of the murder of Bengaluru-based journalist Gauri Lankesh in September 2017 and also parts of CBI’s own chargesheet.

It needs to be pointed out that Kalaskar’s statement , which his defence lawyers have claimed to have been retracted later, has become the basis of the arrest of lawyer Sanjeev Punalekar and his aide Vikram Bhave by the CBI on Saturday.

The CBI has already arrested Sachin Andure and Sharad Kalaskar, both from Aurangabad.

The report talks about Kalaskar’s probe. It states: “Sharad Kalaskar pointed out before independent witnesses that as per the plan by Dr Virendra Tawade and Amol Kale, he along with Sachin Andure had travelled together by bus from Aurangabad and reached Shivaji Nagar bus stop, Pune, on August 20, 2013 around 4.30 am. He along with Sachin Andure waited for the day break and thereafter at around 6.45 am… reached near Amol Super Market, where the motorcycle (Hero Honda Splendor, black colour) as per prearranged instructions from Amol Kole and another member was kept. Sachin Andure identified the motorcycle from the plastic number plate which was bigger in size and stuck with Velcro tape.”