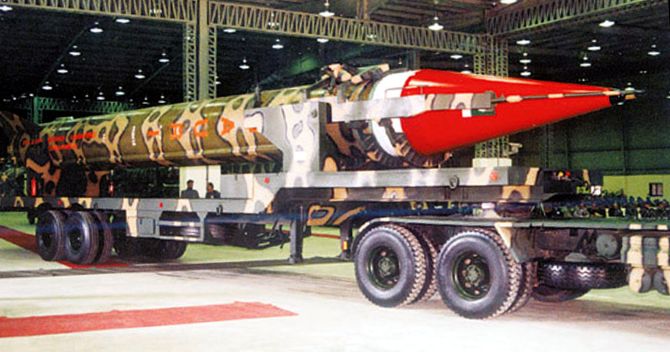 India has expressed deep concern over the proliferation of weapons of mass destruction and their delivery systems that could endanger peace and security, saying the possibility of terrorists acquiring such weapons necessitates the global community to work together to address this grave danger.

Ambassador Pankaj Sharma, Permanent Representative of India to the Conference on Disarmament (CD), Geneva, said India has been drawing the attention of the world towards these threats and the need to strengthen international cooperation to address them through its annual consensus UNGA resolution titled ‘Measures to prevent terrorists from acquiring weapons of mass destruction’.

“We are deeply concerned about the proliferation of weapons of mass destruction and their delivery systems, which endangers international peace and security. The possibility of terrorists acquiring weapons of mass destruction necessitates Member States to work together to address this grave danger,” he said at the General Debate of the First Committee of the 76th Session of the UN General Assembly on Monday.

He asserted that weapons in the hands of terrorists are the most threatening form of illicit small arms and light weapons.

“Therefore, India values the full and effective implementation of the UN PoA as a means to combat terrorism and transnational crime,” Sharma said at the session of the First Committee, which deals with disarmament and international security issues.

Under the Programme of Action to Prevent, Combat and Eradicate the Illicit Trade in Small Arms and Light Weapons in All Its Aspects (PoA), governments agreed to improve national small arms laws, import/export controls, and stockpile management – and to engage in cooperation and assistance, the UN said.

In 2005, they also adopted the International Tracing Instrument (ITI), which “requires States to ensure that weapons are properly marked and that records are kept. Moreover, It provides a framework for cooperation in weapons tracing – fulfilling one of the commitments governments made in the Programme of Action.

Improving weapons tracing is now part of the 2030 Agenda for Sustainable Development,” the UN Office For Disarmament Affairs said.

Sharma also said that India’s annual resolutions at the UN General Assembly, namely the ‘Convention on the Prohibition of the Use of Nuclear Weapons’ and  ‘Reducing Nuclear Danger’ that enjoy the support of the majority of the Member States have consistently highlighted the need for the CD to commence negotiations to reach agreement on an international convention prohibiting the use or threat of use of nuclear weapons and urgent steps to reduce the risks of unintentional and accidental use of nuclear weapons, respectively.

He told the session that India is firmly committed to the goal of universal, non-discriminatory and verifiable nuclear disarmament. India’s proposal for a step-by-step approach for the total elimination of nuclear weapons, contained in its Working Paper submitted to the Conference on Disarmament in 2007, calls on the Conference on Disarmament to negotiate a Comprehensive Nuclear Weapons Convention.

“As the world’s single multilateral disarmament negotiating forum, as mandated by the Special Session on Disarmament (SSOD)-1, the Conference on Disarmament needs the requisite political will to agree on a comprehensive and balanced programme of work and to commence negotiations on legally binding instruments on the core items on its agenda,” Sharma said.

He said that without diminishing the priority India attaches to disarmament, New Delhi has supported the immediate commencement of negotiations in the CD of a Fissile Material Cut-off Treaty (FMCT) on the basis of CD/1299 and the mandate contained in it.

As per the CD/1299, the Conference on Disarmament decides to establish an ad hoc committee on a “ban on the production of fissile material for nuclear weapons or other nuclear explosive devices”.

The Conference directs the Ad Hoc Committee to negotiate a non-discriminatory, multilateral and internationally and effectively verifiable treaty banning the production of fissile material for nuclear weapons or other nuclear explosive devices.

India supports the full and effective implementation of the Chemical Weapons Convention and emphasises the strengthening of the OPCW to fulfill its important mandate.

Sharma also voiced India’s support for the institutional strengthening of the Biological Weapons Convention (BWC) including through the negotiation of a comprehensive and legally binding protocol, providing for an effective, universal and non-discriminatory verification mechanism for the BWC.

“India supports efforts for improving the effectiveness of the BWC and strengthening its implementation and universalisation,” he said.

“As we approach the Ninth Review Conference of the BWC in 2022, States Parties have the important responsibility to work together, build convergences and achieve tangible outcomes that will determine the focus of work for the next five-year inter sessional period and beyond,” he said.

Sharma added that India is cognizant of the need for enhanced international cooperation and for promotion of peaceful uses of science and technology through technology transfer, sharing of information and exchange of equipment and materials.