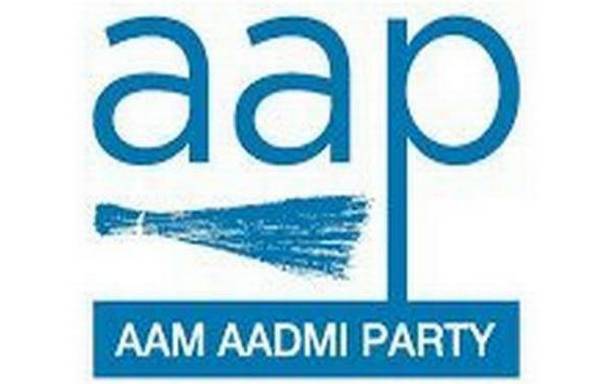 Seven of the ten candidates announced were formerly with the BJP, the Congress and the MGP

The Arvind Kejriwal-led Aam Aadmi Party (AAP) released its first list of ten candidates for the upcoming Goa Assembly election on Friday. The party will be contesting all the 40 Assembly seats in Goa.

Notwithstanding Mr. Kejriwal’s appeal to the public to weed out the old parties and politicians and establish the first corruption-free government in Goa, the AAP’s first list includes a significant number of political defectors from these “old parties”, along with lawyers and social activists.

Four former Bharatiya Janata Party (BJP) leaders — Alinha Saldanha, Mahadev Naik, Satyavijay Naik and Viswajit Krishnarao Rane (not to be confused with his namesake, Goa Health Minister Viswajit Rane, who is also from the BJP) have been given tickets from the Cortalim, Siroda, Valpoi and Poriem Assembly constituencies, respectively.

Ms. Saldanha was the sitting MLA from Cortalim and served as a Minister in the erstwhile Manohar Parrikar-led Cabinet before quitting the saffron party last month to join the AAP.

Ms. Saldanha, who had served as the Environment and Forest Minister, resigned citing “loss of principles” in the BJP, and criticising the saffron party for pursuing destructive, anti-people policies and creating “bedlam” in the coastal State.

Mr. Mahadev Naik, a former Goa Industries Minister and an ex-MLA from Shiroda, has been given the ticket from the same constituency by the AAP. A frequent party hopper, Mr. Naik had joined the Congress ahead of the 2019 bypoll, which he lost.

Mr. Viswajit K. Rane, who exited the BJP in November 2021, is likely to come up against the might of the influential Rane clan in Poriem, led by the stalwart octogenarian Congressman Pratapsingh Rane, the incumbent MLA of Poriem.

Before quitting the BJP, Mr. Rane had taken aim at the 82-year-old Pratapsingh Rane, alleging that the Congressman, despite being a legislator for more than 50 years had failed to provide the people of Poriem even basic necessities.

Mr. Satyavijay Naik was a former secretary of the BJP’s State committee and the saffron party’s (unsuccessful) candidate from the Valpoi constituency. Mr. Naik managed to perform well against the Rane clan in the 2017 election, when he was pitted against current Goa Health Minister Viswajit Pratapsingh Rane.

The AAP is hoping to break the Rane family’s stranglehold over Valpoi and Poriem by fielding Satyavijay Naik and Viswajit K. Rane.

Another ex-Congress leader Abhijit Desai, the deputy sarpanch of Netravali village in Goa’s Sanguem taluk, has been given the ticket for the Sanguem seat.

Long-time Maharashtrawadi Gomantak Party (MGP) member Premanand Nanoskar, who resigned from the MGP in October, will contest the Dabolim seat for AAP.

The AAP’s Goa vice-president and party national executive member, Captain Venzy Viegas, will contest the Benaulim Assembly constituency, which is the stronghold of former Chief Minister and Trinamool Congress leader Churchill Alemao, the sitting MLA of the constituency.

Advocate Amit Palekar will contest from the St. Cruz constituency, while advocate Pratima Coutinho — the former chief of the Goa Congress’ Women’s Wing — has been given the ticket from Navelim.

Announcing the list, the AAP’s Goa in-charge Atishi tweeted that “this is the beginning of change in Goa’s politics”.

Wishing the candidates success, Delhi Deputy Chief Minister Manish Sisodia said: “You are the torchbearers of Arvind Kejriwal’s honest politics, which Goa will witness in the upcoming elections.”