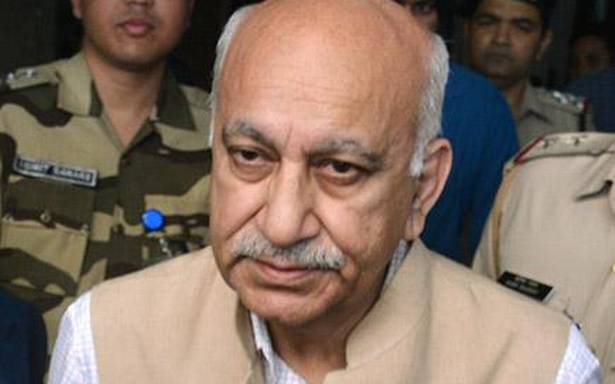 Justice Mukta Gupta issued notice to Ms. Ramani in the appeal and listed it for further hearing on January 13

The Delhi High Court on August 11 sought journalist Priya Ramani’s stand on former Union Minister M.J. Akbar’s appeal against a trial court order acquitting her in the criminal defamation case filed by him over her allegations of sexual harassment.

Justice Mukta Gupta issued notice to Ms. Ramani in the appeal and listed it for further hearing on January 13.

Senior advocates Rajiv Nayar and Geeta Luthra, appearing for Mr. Akbar, contended that the trial court erroneously acquitted Ms. Ramani in spite of concluding that her allegations were defamatory in nature.

“He [trial court judge] says defamation is made out. Case is under Section 499 IPC. He finds it defamatory. Judgment should have concluded after this finding is returned,” Mr. Nayar submitted.

The court responded that finding any content defamatory is the “first step” in the proceedings, after which the trial court has to consider the defence of the accused.

“The trial court says per se they are defamatory and but in the context of which she made the allegations, there was a valid defence,” the judge stated.

Senior counsel Luthra contended that the trial court handed out the verdict without considering any objections raised during the trial.

“Nothing is decided. The [trial] court went on to decide about Ram and Ravan. Objections are not decided or looked into,” she said.

Mr. Akbar has challenged the trial court’s February 17 order acquitting Ms. Ramani in the case on grounds that a woman has the right to put grievances before any platform of her choice even after decades.

The trial court had dismissed the complaint filed by Mr. Akbar, saying no charges were proved against Ms. Ramani.

It had said it was of the considered view that the case of Mr. Akbar regarding commission of offence punishable under Section 500 (punishment for the offence of defamation) IPC against Ms. Ramani is not proved and she is acquitted for the same.

The court had said it was shameful that crimes against women are taking place in a country where mega epics like Mahabharata and Ramayana were written about respecting them.

The glass ceiling will not prevent Indian women as a roadblock in advancement in society of equal opportunities, it had said.

In the wake of the #MeToo movement in 2018, Ms. Ramani had made allegations of sexual misconduct against Akbar when he was a journalist and she was working under him some 20 years ago.

Mr. Akbar had filed the complaint against Ms. Ramani on October 15, 2018 for allegedly defaming him by accusing him of sexual misconduct decades ago.