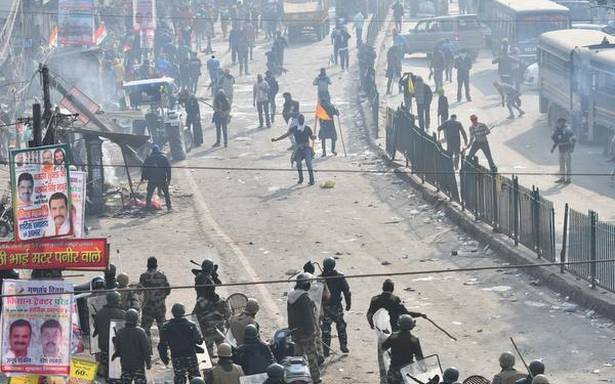 The police have so far registered 33 FIRs in connection with the violence and issued lookout notices against 44 people, including most of the farmer leaders.

The Delhi Police has urged people to share any evidence or information about the Republic Day violence in the national capital, officials said on Friday.

"All members of the public, including media persons, who are witnesses to the incidents or have any information about the incident or have captured any activity on their mobile phones or camera, are hereby requested to come forward and give their statements/footage/picture in their possession at room number 215, second floor, Old Delhi Police Headquarters, ITO during office hours, on any working day or contact on 8750871237 or 011-23490094 or send e-mail on [email protected]," the appeal stated.

The tractor parade on Tuesday that was to highlight the demand of the protesting farmer unions for repealing the three new agriculture laws turned violent as the protesters deviated from the pre-designated routes, attacked police personnel, overturned vehicles and hoisted a religious flag on the ramparts of the iconic Red Fort.

The police issued lookout notices against farmer leaders on Thursday and announced a probe into the "conspiracy" behind the Republic Day violence.

The police have so far registered 33 FIRs in connection with the violence and issued lookout notices against 44 people, including most of the farmer leaders.