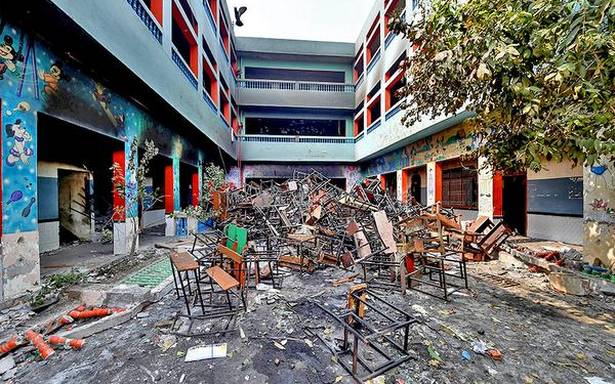 The Delhi High Court on Wednesday directed a local court to place before it the unredacted statements of protected witnesses in a sealed cover in a case related to the north-east Delhi riots last year in which Jamia Millia Islamia student Asif Iqbal Tanha is facing prosecution.

A Bench of Justice Siddharth Mridul and Justice Anup Jairam Bhambhani asked the local court to place the statements before April 14, the next date of hearing.

The High Court had on March 18 reserved its order on Mr. Tanha’s plea seeking bail in the case. It had also asked the police to file written submissions, unredacted copies of witnesses statements and other relevant documents.

Mr. Tanha was arrested in May last year for allegedly being part of a “premeditated conspiracy” in the riots. He has been charged under the stringent Unlawful Activities (Prevention) Act. He has challenged a trial court’s October 26, 2020 order dismissing his bail application.

His bail plea was, however, opposed by the Delhi police on the grounds of the riots being “premeditated” and a conspiracy was hatched of which Mr. Tanha was a part.

Mr. Tanha’s counsel, on the other hand, had argued that he has been in custody since May 2020 and even the chargesheet has been filed. Before the trial court, Mr. Tanha’s counsel had claimed that he was not present in Delhi during the riots and did not visit any of the protest sites where rioting and violence occurred.

The counsel had contended that there was no physical evidence connecting Mr. Tanha to the riots and no allegations with respect to any funds being received by him for terrorist activities.

The trial court, in its October 26, 2020 order, had refused the bail plea on the grounds of him allegedly having played an active role in the entire conspiracy and there being reasonable grounds for believing that the allegations against him were prima facie true.