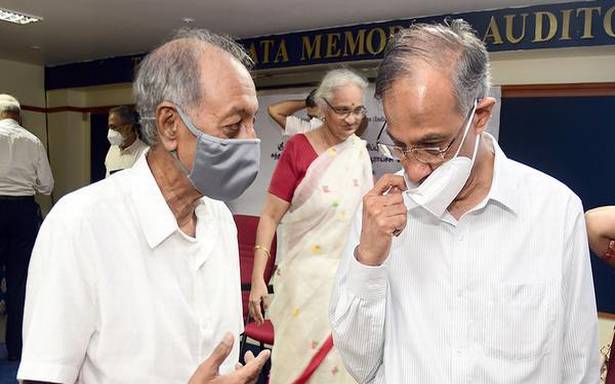 WHO Chief Scientist stresses on the need for more such facilities

Soumya Swaminathan, Chief Scientist, World Health Organisation, stressed on the need for more care centres and related facilities for people affected by dementia, owing to the increasing burden of the illness in low and middle income countries (LMICs).

Inaugurating, virtually, the Sri T.S. Santhanam Centre for Elderly Care and Sundram Fasteners Centre for Dementia Research at Selaiyur, near Tambaram, commemorating World Alzheimer’s Day on Tuesday, she said that this new centre started by the Schizophrenia Research Foundation (SCARF) was an important initiative as it filled the gap in dementia care.

Highlighting that care needed for people with dementia included primary health care, specialist care, community-based services, rehabilitation, long-term care and palliative care, she said that availability of such facilities were, however, poor in LMICs.

Pointing out that this new dementia care centre would also train caregivers and conduct research,She said that research on cost effective models of prevention and care that involved patients with dementia and their families was the need of the hour.

The 20-bed centre, arguably the first of its kind at least in Tamil Nadu, will offer short-term stays for people with dementia, during which they will be stabilised, observed and provided with therapies to reduce their distress and enable them to better cope with the illness.

R. Thara, vice-chairman, SCARF, said with dementia, the struggle was not only for those affected but also for caregivers. As it was the elderly who mostly suffered from dementia, their caregivers, who are mostly their spouses, are also old and often faced their own health issues. She said during the stay of a patient, the centre would train caregivers so they could handle the situation better. Highlighting the shortage of professionally trained caregivers for dementia, Sridhar Vaitheswaran, head, Dementia Services, SCARF, said the centre was also planning to collaborate with the National Institute of Mental Health and Neurosciences to train certified caregivers.

He said the idea of the centre was not to provide long-term stay and care for people with dementia, but instead help them during a short stay, train the family and caregivers so that the care can be continued further at their homes.

A section of beds will be reserved for those from poor economic backgrounds to offer services free of cost, he said. The centre was designed with inputs from the Dementia Services Development Centre at the University of Stirling in Scotland by architect Kalpana Balaji. Dr. Vaitheswaran said a lot of thought had gone into making the place friendly to people with dementia as things like uncluttered free spaces and easily recognisable amenities were important.

R. Seshasayee, chairman, SCARF, said the centre was a dream project, made possible by the support of many organisations. Ram Santhanam of the TVS Group, T.T. Srinivasaraghavan, former managing director, Sundaram Finance, and S. Meenakshisundaram, chief financial officer, Sundram Fasteners Private Limited, spoke at the inauguration function organised at SCARF and extended their support for the foundation’s work towards mental health. A. Damodaran and his family, who donated the land for the centre, were felicitated.