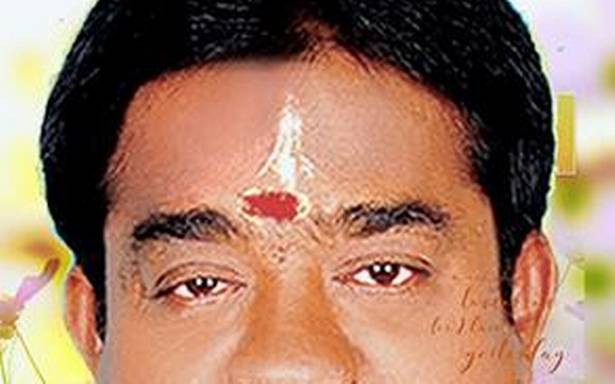 Another MLA, M. Chandraprabha of Srivilliputtur, even bought a new vehicle for campaigning, but has not been given a ticket, while AIADMK functionary M. Thangaraj too, says he was promised a ticket that did not materialise

Dissenting AIADMK MLA, M.S.R. Rajavarman, on Thursday joined the Amma Makkal Munnetra Kazhagam (AMMK) after he was denied a party ticket to contest from the Sattur Assembly seat. Another disappointed party functionary, ‘Gokulam’ M. Thangaraj (57) is mulling the option of contesting from the Virudhunagar Assembly seat as an independent candidate.

Mr. Rajavarman had alleged that Minister for Dairy Development, K.T. Rajenthra Bhalaji, was behind the denial of his party ticket. He joined the AMMK in the presence of its general secretary, T.T.V. Dhinakaran in Chennai on Thursday.

Mr. Rajavarman had already warned that his supporters would ensure Mr. Bhalaji’s defeat in the Assembly elections, wherever he contested the polls from. Mr. Bhalaji, a two-time MLA and Minister from Sivakasi Assembly constituency has now shifted to Rajapalayam.

A release by the AIADMK stated that Mr. Rajavarman had been expelled from the party for “anti-party activities.”

‘Spent my fortune for the party’

“I had distributed essential commodities to at least 68,000 families during the COVID-19 pandemic. I also spent for party expenses when Chief Minister Edappadi K. Palaniswami visited Virudhunagar twice. I had done all this work only as per the advice of Mr. Bhalaji,” said Mr. Thangaraj, who is a realtor and industrialist. He was given the post of party MGR Mandram district secretary.

“Even the party coordinator, O. Pannerselvam, gave me an assurance that the party ticket will be given to me,” he added.

However, Mr. Thangaraj was in for a shock when the Virudhunagar Assembly constituency was suddenly allocated to the AIADMK’s ally, the BJP on Wednesday. “If the Minister wanted to contest from the Rajapalayam assembly seat, he should have swapped only the Sivakasi constituency with BJP. How come he gave up the Virudhunagar constituency?” he asked.

Stating that his supporters were insisting that he should contest from the Virudhunagar Assembly constituency as an independent candidate, he said he was weighing his options. “I will take a decision after meeting the people of the constituency,” he added.

Campaign vehicle ready, but no ticket

Ms. Chandraprabha, who has been always seen in the company of Mr. Bhalaji in all party and government functions for the past five years, is not able to comprehend what went wrong. “I was promised the Srivilliputtur Assembly seat for the second term for my work as an MLA by the Minister (who is also party Virudhunagar West district secretary). He even advised me to buy a new SUV for the election campaign,” she claimed.

After being hopeful of getting the seat for a second term, she had raised a bank loan for a new vehicle and its modification, to be used as a propaganda vehicle.

“The vehicle is parked in my home. But I have been denied a ticket,” she said. However, Ms. Chandraprabha said that she had no intention to go against “Amma’s” (Jayalalithaa’s) party.