In a repeat of 2014 voting pattern, the NCP leader got fewer votes than her BJP rival in two of six assembly segments in Baramati Lok Sabha seat. 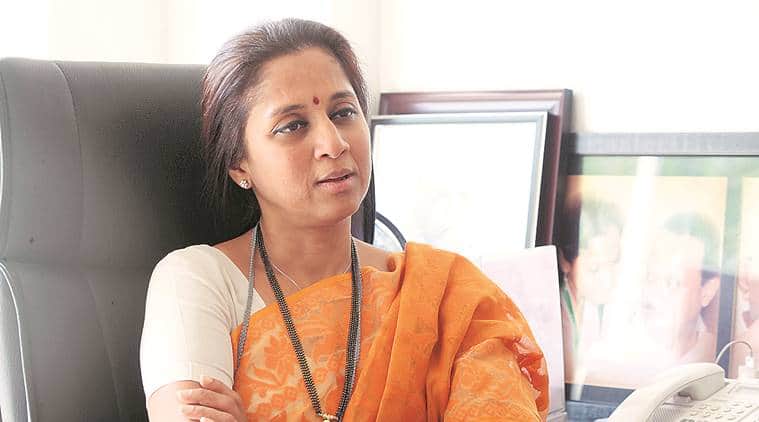 NCP leader Supriya Sule may have won the Baramati parliamentary constituency with a comfortable margin of over 1.5 lakh votes, but the party is not resting easy yet, as a closer look at the distribution of votes shows that Sule won by a narrow margin in two of the six assembly segments in Baramati, and actually got fewer votes than her rival, BJP leader Kanchan Kul, in two other segments. It was her considerable lead in the remaining two segments that propelled Sule to a victory.

Though Sule won by a higher margin of votes in this Lok Sabha election, she led in only one more assembly segment as compared to the 2014 elections, when she had won by only 70,000 votes or so and trailed in three segments — Khadakwasla, Purandar and Daund.

This time, the NCP went all out to retain the seat in the Pawar stronghold and started its election campaign months before the Lok Sabha election dates were declared. But Sule still failed to win too many votes in Khadakwasla and Daund. 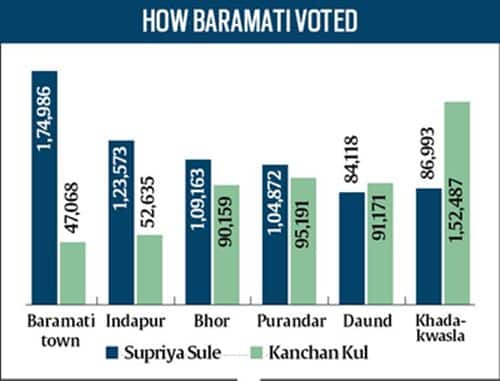 “In the 2014 elections, the NCP failed to get a lead in three of six assembly segments of Baramati seat. The situation didn’t change much in 2019, despite all the efforts of the party. Sule did get more votes in four of the six assembly segments, but she had a very narrow margin in two of them,” said a party corporator.

Unsurprisingly, Sule got the maximum number of votes in the Baramati town assembly segment, 1,74,986, while Kul was able to bag only 47,068 votes. The performance of Sule was also significantly better in Indapur assembly segment, where she got 1,23,573 votes compared to the 52,635 votes for Kul.