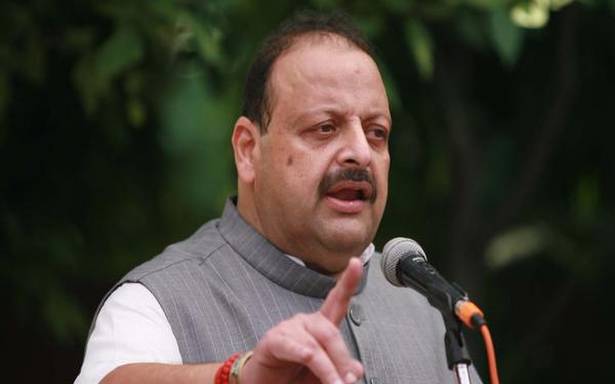 Rana said the BJP would take the people of Jammu and Kashmir forward in the national interest.

Addressing the media after joining the party at its headquarters here, Mr. Rana said he believed in a political narrative from Jammu for Jammu and Kashmir. To that end, he said he was in talks with political parties about the Jammu declaration and it was the BJP that was forthcoming.

He said the BJP would take the people of Jammu and Kashmir forward in the national interest.