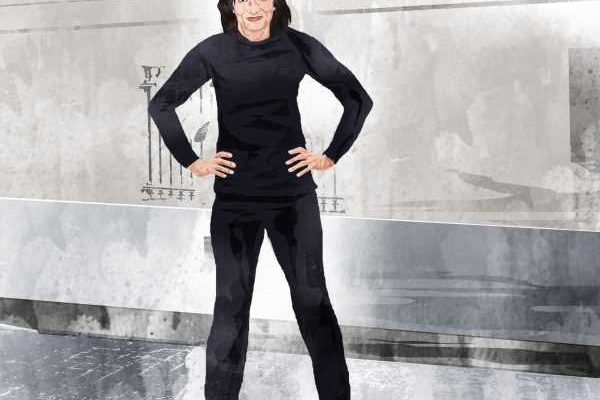 Ogilvy, one of the world’s leading advertising agencies, will for the first time have an Indian-origin woman leader helming its affairs.

Fifty-three-year-old Devika Bulchandani, an Amritsar-born and Dehradun-and-Mumbai-educated advertising professional, who migrated to the US in the mid-1990s, will occupy the corner office at Ogilvy as its global chief executive officer.

Known for her strategic planning skills, Bulchandani’s rise has been meteoric at both McCann, her previous agency, where she worked for 26 years, and Ogilvy, the agency she will now head, advertising industry executives who have known her say.

She has, in fact, been elevated barely two years after joining Ogilvy’s US office as North America CEO and global chair of advertising.

She takes over from Andy Main, who is stepping down after two years with the agency.

As Piyush Pandey, Ogilvy’s India chairman, who also chairs the agency’s global creative council, said, “Devika is a people’s person, who simply loves what she does. This reflects in her work; the insights she brings to the table and the way she interacts with people and clients. She has the demeanour of a good captain. Her success is well-deserved.”

“Devika is a champion of creativity who brings passion, purpose, and an uncompromising focus on generating impact to everything she does,” Mark Read, CEO of WPP, Ogilvy’s holding company, said.

Bulchandani’s claim to fame includes the work she has done for Mastercard, notably, the ‘Priceless’ campaign, which gave the world the tagline: ‘There are some things money can’t buy. For everything else there’s Mastercard’.

This was a campaign created in 1997 at a time when Mastercard was looking for a brand makeover thanks to the competitive intensity from rivals such as Visa in the US.

The McCann team, which had Bulchandani as part of its strategy team, pitched with ideas that helped break the clutter for Brand Mastercard.

Among other accounts on which she has worked are Unilever and Kraft at McCann.

At Ogilvy, an agency she moved to in November 2020, Bulchandani was responsible for helping WPP bag the Coca-Cola business in a competitive pitch in 2021.

Rivals Interpublic Group, Dentsu and Publicis Groupe were also involved in the year-long pitch for the global business, valued at $4 billion.

Coca-Cola, known for having multiple agencies on its roster had consolidated its advertising business with WPP, saying it would be its “global marketing network partner” operating under a bespoke unit called OpenX.

The team would manage creative, media, data and marketing technology across Coca-Cola’s entire portfolio of brands and its global ventures, including Costa and Innocent.

In an interview to Vogue magazine last year, Bulchandani admitted that she loved the creative and analytical skills that advertising people brought to the table.

‘Advertising fits my personality like a box. It is a perfect combination of left brain and right brain,’ she said.

A mother of two, Bulchandani, as global CEO of Ogilvy will be responsible for all aspects of Ogilvy’s businesses across 131 offices in 93 countries, which look at advertising, public relations, consulting, and health units. She will also join the WPP executive committee.

She is expected to bring her nearly 30 years of experience of managing people and accounts in her new role.

Advertising itself is undergoing a transition, with consumers being tech and digital-savvy, implying that advertisers and their agency partners have to think out-of-the-box when it comes to connecting with audiences who have a plethora of options to entertain themselves, skipping ads to enjoy an uncluttered online experience.

Bulchandani will also join a growing set of female executives heading global ad agencies including Wendy Clark, who is the Global CEO of ad agency Dentsu, and Solange Claudio, the president and COO of media agency Zenith ‘ Moxie ‘ MRY.

In India, Anupriya Acharya is the CEO of Publicis Groupe in South Asia, the only woman to have a holding company mandate from India in the region. Publicis flagship agency, Publicis Worldwide India, appointed Oindrila Roy as managing director in July.

Priti Murthy came on board as president, GroupM Services India last year. And this May, Pooja Jauhari took over as group CEO of ad agency VMLY&R.

It featured the statue of a little girl standing her ground, calling attention to the glass ceiling in Wall Street and corporate houses in general.

Five years on, Devika Bulchandani has shattered the glass ceiling for good.