The report, prepared by a probe team led by the Additional District Magistrate (Law and Order), calls for further investigation of Call Detail Records (CDRs) of key suspects and their connections. 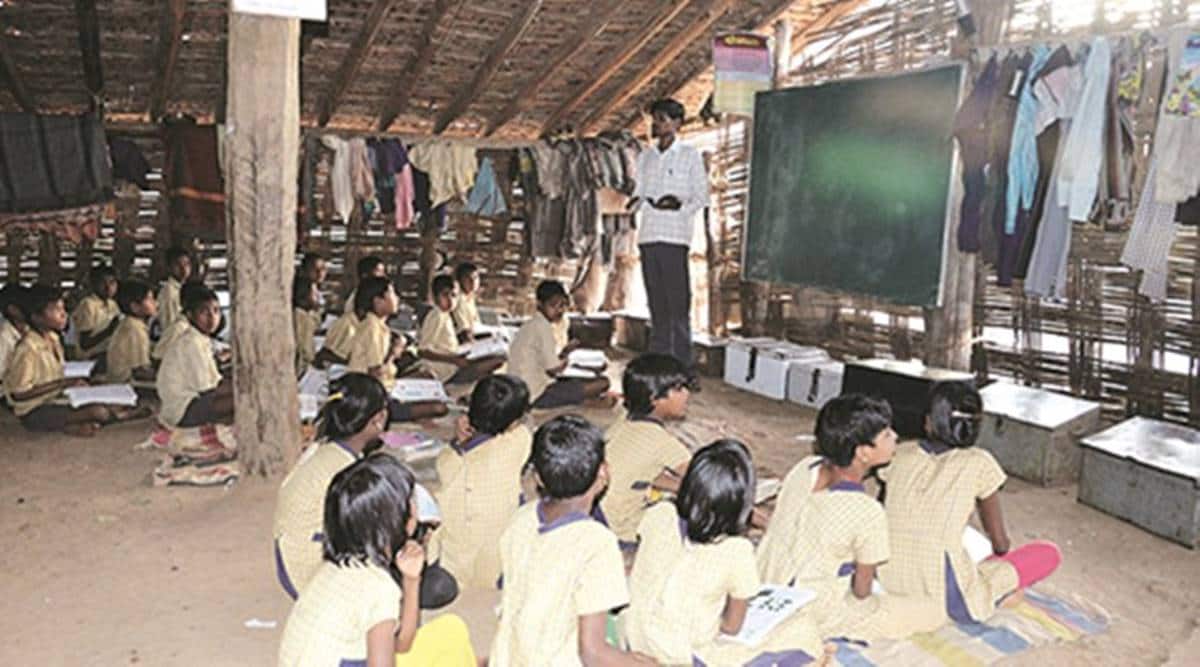 Moving in to probe the scholarship scam, the district administration of Dhanbad in Jharkhand has filed FIRs against 105 people, including middlemen and local officials, based on the findings of an investigation by The Indian Express into the illegal siphoning of the Centrally funded pre-Matric scholarship meant for poor minority students.

The administration has also prepared a 59-page probe report, which refers to the findings of The Indian Express and quotes several suspects as naming officials, including a “state level MIS operator”, district welfare staff, and even some politicians.

The report, prepared by a probe team led by the Additional District Magistrate (Law and Order), calls for further investigation of Call Detail Records (CDRs) of key suspects and their connections.

READ | Scholarship scam spreads to Bihar, ropes in school from Punjab too

“Usernames and passwords for incorrect schools have been generated without proper verification. Also, a large number of scholarships for fake beneficiaries have been approved through the NSP (National Scholarship Portal), which resulted in the release of huge amounts of scholarship money to the wrong people. Therefore, it is clear that the District Welfare Officer, Dhanbad district officers, principals/directors of many schools and numerous middlemen are involved,” the report, drafted in Hindi, states.

Speaking to The Indian Express, ADM (Law and Order) Chandan Kumar said: “We have registered FIRs against more than 105 people who were found to be involved in the scam.”

Dhanbad SSP Aseem Vikrant Minz said: “Many people were called for questioning and we will now take action accordingly.”

Dhanbad was among the six districts in Jharkhand, apart from Ranchi, Latehar, Ramgarh, Lohardaga and Sahibganj, where The Indian Express found that a nexus of middlemen, officials and school staff, colluded to steal IDs and passwords of schools to access the NSP, dupe gullible parents and students, and set up fake beneficiaries, while genuine applicants were left out.

After The Indian Express published a series of reports from October 31 on the scam, stretching from Jharkhand to Bihar and also involving schools in Punjab and Assam, the Union Ministry of Minority Affairs, which administers this scholarship, decided last week to ask the CBI to investigate the scam.

Police in Bihar’s Gaya have registered an FIR, and the CID in Assam have arrested 21 people, including four headmasters and a teacher, on charges of fraud and forgery during its investigation into the scam.

Among the statements recorded in the Dhanbad report is one by a suspected agent, Nilofar Parween, who claimed that she was given Rs 200 to create a user-ID and password for a school, and that school owners were paid Rs 1,000 per beneficiary.

Parween told investigators that Vijay Gorai, a Ranchi-based MIS operator working for the Jharkhand State Minorities Finance and Development Corporation (JSMFDC), which is the implementing agency of the scholarship, was involved in the scam. When contacted by The Indian Express, Gorai said: “I am shocked to see my name in the report. I have not done anything.”

The report states: “We had asked for the CDRs of these people, which have not been made available. For us to do a detailed investigation, we need to get the CDRs…”

The report states that an in-depth inquiry is needed to probe the role of several private and government schools, and officers in the District Education Office. “The Nodal Officer and the entire school administration seem to be guilty here, because the school administration made no effort to stop the fraud or inform authorities about it… It is illegal for a fake applicant to receive the scholarship money under temptation from any middleman, which makes the applicants guilty as well,” the report states.

According to norms, the applications need to be verified first by designated nodal heads in schools who are registered with district welfare officers. They are checked by the district and state nodal officers before being sent to the Ministry of Minority Affairs, which verifies and uploads them on the NSP before disbursal through Direct Benefit Transfer (DBT).

“Apart from Dhanbad, middlemen have caused financial instability in many other districts. Applicants from different districts as well as those from outside Jharkhand have also been wrongly given the scholarship money. Therefore, the investigating team requests that this scam be investigated by state-level agencies,” the report states.

The report points out that “none of the officers raised any objections nor did any inquiry” although the administration received five times more applications in 2019-20, compared to the previous year, and 10 times the money was disbursed.

The administration investigated 86 of the 482 schools that applied for the scholarship from Dhanbad. Records show that Rs 11.55 crore was disbursed to 13,506 applicants through DBT in the district for 2019-20.

As part of its investigation, The Indian Express matched entries, district by district, on the NSP with beneficiary bank accounts in the Public Finance Management System (PFMS) to find several cases of the scholarship being illegally diverted.

Among the schools tracked by The Indian Express in Dhanbad was Daffodils in Dumra, where records showed 224 beneficiaries, including 222 hostel students. But school owner Rajendra Kumar Napir said he had “no idea” about the scholarships and that the two-storey school had no hostel.

At Colonel Public School, records showed 205 beneficiaries, including 198 hostel students. School owner Mukesh Rai described the list as “fraud”. One “Class 8” beneficiary, Muneja Parween, turned out to be a 28-year-old homemaker at Bagodar in Giridih district.

Records showed that at the Indira Gandhi Memorial High School in Nawagarh, scholarships were sanctioned for 324 students — all except one received Rs 10,700 each for “hostel” students. But school director Ram Dubey said the school had only 80 students and no hostel.

This Pre-Matric Scholarship Scheme, launched in 2008 by the UPA Government, is meant to help students of minority communities, Muslims, Christians, Sikhs, Parsis, Jains and Buddhists, from families with annual income below Rs 1 lakh.

To be eligible, students need to score at least 50 per cent in their class exams. Students from Class 1 to 5 receive Rs 1,000 per year, and students of Class 6 to 10 receive Rs 5,700 a year if they are day scholars or Rs 10,700 if they are in a hostel. Most of the corruption, The Indian Express found, is related to these last two categories.