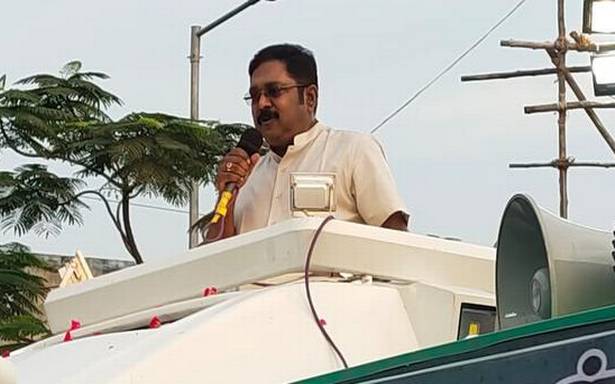 The Amma Makka Munnetra Kazhagam (AMMK) general secretary T.T.V. Dhinakaran on Sunday called upon the Union and State governments to nip in the bud the “mischievous voices” in support of bifurcation of Tamil Nadu.

In a series of tweets, he said the idea of dividing the State on caste lines would never be allowed, when there was no such demand or thinking on the part of any section of people of the State. Any move based on the factor of caste would be “greatly detrimental” to Tamils as the State had suffered heavily from the re-organisation of States on linguistic lines. It would be “intelligent” to pursue the path of development, he added.

Separately, Mr. Dhinakaran announced changes in the structure of several district units of his party and his team of office bearers. Apart from Tiruchi city, the party would hereafter have Tiruchi sub-urban – north and south – units. R. Manoharan and M. Rajasekaran, former legislators, and D. Kalaichelvan, joint secretary of the labour wing, had been made secretaries of the restructured district units respectively.