As Dhinakaran decides to move ahead with his poll plans even as his aunt V K Sasikala decided to step away from politics, why has he chosen Owaisi, a new entrant to Tamil Nadu politics? 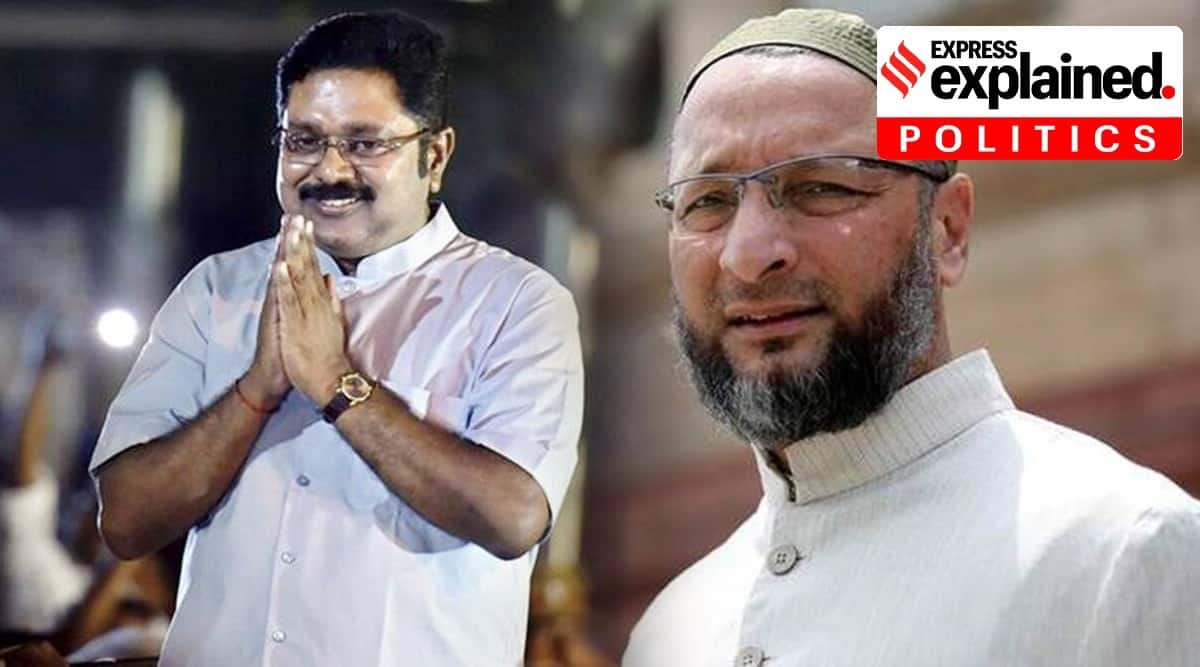 T T V Dhinakaran’s Amma Makkal Munnetra Kazhagam (AMMK) has entered into an electoral pact for the Assembly polls with the All India Majlis-e-Ittehad-ul-Muslimeen (AIMIM) led by Asaduddin Owaisi. As Dhinakaran decides to move ahead with his poll plans even as his aunt V K Sasikala decided to step away from politics, why has he chosen Owaisi, a new entrant to Tamil Nadu politics?

Dhinakaran, anyway, couldn’t have struck an alliance with any major Tamil party as it is too late in the game. All potential allies of Dhinakaran or those who had long camaraderie with the Sasikala family joined other alliances days ago. With no real chance of winning, and looking as he is at sending a message to the established parties in this election, Dhinakaran can do enough damage with the AIMIM.

As part of the deal with the AMMK, the AIMIM has been allotted three Tamil Nadu seats with a significant Muslim population — Vaniyambadi, Sankarapuram and Krishnagiri. Dhinakaran has said the AMMK would try and contest as many seats as possible.

The AIMIM doesn’t have much of a presence in Tamil Nadu. However, it may make a mark in Vaniyambadi, having got about 10,000 votes here in the 2016 Assembly polls. Any votes Owaisi attracts are likely to hurt the DMK, a potential beneficiary of consolidated Muslim minority votes in this election due to the poll pact between the AIADMK and BJP.

While the late J Jayalalithaa enjoyed generous support from minority communities, the AIADMK can no longer count on the same given its alliance with the BJP.

On the other hand, almost all major Muslim parties in Tamil Nadu are in the DMK camp. These include the Indian Union Muslim League (IUML), with a significant base in Kadayanallur, Ramanathapuram and Ambur, and M H Jawahirullah’s Manithaneya Makkal Katchi (MMK) with its base in Ramanathapuram and Palayamkottai.

Thamimum Ansari of another party, Manithaneya Jananayaga Katchi (MJK), which has a base in Nagapattinam, had contested and won on the AIADMK symbol in 2016. On Monday, he too extended his support to the DMK, though he is yet to get a ticket in the alliance. A strong opponent of the AIADMK’s tie-up with the BJP, Ansari has been vocal in his criticism of the Citizenship (Amendment) Act, and questioned the AIADMK for not raising the matter.