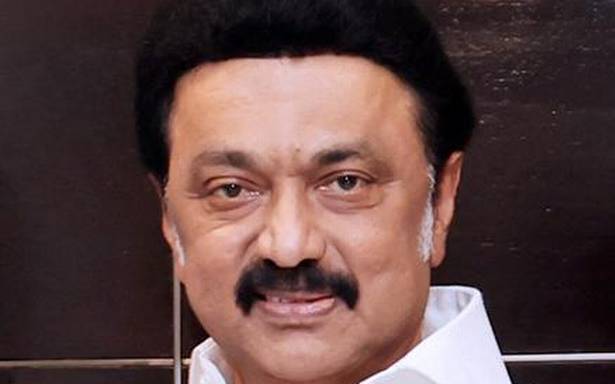 All except the differently abled should rise when it is sung

The Tamil Nadu Government on Friday declared the Tamil Thai Vaazhthu, penned by Manonmaniam Sundaranar, the State song of Tamil Nadu. Everyone except the differently abled should rise when the song is sung at educational institutions, government offices and public functions.

The announcement came days after Justice G.R. Swaminathan of the Madurai Bench of the Madras High Court observed that Tamil Thai Vaazhthu was a prayer song and not an anthem, and there was no statutory or executive order requiring attendees to stand up when it was being sung.

According to an official release, the song should compulsorily be sung at the beginning of events organised by all educational institutions, government offices and public sector undertakings, among other public organisations. The song should be sung in 55 seconds in Mullaipaani Ragam (Mohana Raagam).

At public functions, the playing of the song with musical instruments/recordings is to be avoided, and trained singers should sing it. Since private players, too, could play a major role in taking the richness of Tamil to the younger generation, they would be encouraged to sing the song at the beginning of their public functions, the release said.

A part of the verses under the title ‘Tamil Dheiva Vanakkam’ from Manonmaniam, penned by Manonmaniam Sundaranar and published in 1891, eventually came to be known as the Tamil Thai Vaazhthu. In 1913, the annual report of the Karanthai Tamil Sangam made the demand for singing the song at all functions.

On March 11, 1970, the then Chief Minister, M. Karunanidhi, while speaking at a government function, announced that the Tamil Thai Vaazhthu would be sung at the events of the Tamil Nadu Government. A Government Order issued on November 23, 1970, declared the select verses from ‘Manonmaniam’ the Tamil Thai Vaazhthu. Since then, it is being sung at the beginning of government functions and those organised by educational institutions and public establishments.

In a statement, BJP State president K. Annamalai asked the government to use the Tamizh Thai Vaazthu fully, not just the abridged version. He said Chief Minister M.K. Stalin must stay true to the oath of office he had taken and should not bring in his personal interests or disinterests and must ensure that the full song, with the lines on belief in god, were included in the song.