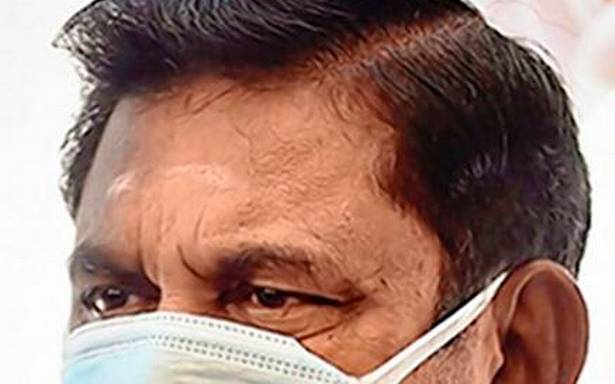 The AIADMK leader alleged that items in the hamper had been over-priced, procured from north India despite being made in TN, and that many residents were not receiving all 21 items they were supposed to

AIADMK co-coordinator and Opposition leader Edappadi K. Palaniswami charged that the DMK government had looted, under the pretext of Pongal gift hampers, and said that the public has not benefited from this scheme.

Talking to presspersons at the AIADMK party office in Omalur on Tuesday, Mr. Palaniswami charged that corruption to the tune of ₹30 crore had taken place in the procurement of sugarcane alone, for the gift hampers. He said that while the government had determined ₹33 as the price for the cane, it was being procured from farmers for a low price of ₹15-20. He alleged that ₹60 is the determined price of the cloth bag provided in the hamper, while its actual price would be only ₹30.

Mr. Palaniswami alleged that poor quality goods are being provided in the gift hampers and it they were procured from traders from North India for commissions. He added that not all rice card holders are getting the 21 items in the gift hamper, some get 15 items, some 18, he charged.

Mr. Palaniswami also said that while the DMK government has been talking about Tamil language at all times, the labeling on the items in the hamper are in Hindi. He said that all products in the hamper are produced and sold in the State itself and those farmers and traders would have benefited if the items were procured in the State. Mr. Palaniswami alleged that “Corruption, Commission, Collection” is the mantra of DMK government. He added that new dhotis and sarees are not being provided with the hamper at many places.

Mr .Palaniswami also said there are weight discrepancies in the items provided. He said that the DMK government has only relabeled an anti-plastic campaign launched during the AIADMK regime and all items in the gift hamper were packed in plastic.

On inspections, being conducted by officials in ration shops, Mr. Palaniswami asked what the point of such inspections was when the same poor quality goods were being distributed. He added that the DMK government and Chief Minister were only interested in publicity and said the CM was a publicity lover. He alleged that 500 police personnel were being deployed while CM went. cycling. Is he the only one who cycles or visit tea shops, the AIADMK leader asked.

On the arrest of former Minister K.T. Rajenthra Bhalaji, Mr. Palaniswami charged that the arrests were made based on false complaints and were politically motivated since Mr. Bhalaji criticised Mr. Stalin strongly while the latter was Minister.

Mr. Palaniswami said the State government has failed to contain spread of COVID-19 and the Health Minister himself has stated that COVID-19 is spreading at jet speed. He added that the DMK government hasn’t done anything new after coming to power to contain the COVID-19 spread.

Mr. Palaniswami said that the DMK government came to power in May last year while the monsoon occurred only during month of October and the government failed to take necessary precautionary measures to prevent stagnation of rainwater in Chennai. He charged that Mr. Stalin and Minister Health Ma.Subramanian had served as Mayors of Chennai Corporation and Mr. Stalin had also served as Minister for local administration but no steps were taken to prevent rainwater stagnation in Chennai. He added that it was the AIADMK regime which constructed canals to prevent rainwater stagnation in Chennai and the DMK government was only following their initiatives.

He alleged that 160 engineers in Chennai Corporation were transferred all together, and those who joined did not have the necessary experience on monsoon preventive measures in Chennai. He added that during the AIADMK regime, IAS officers were appointed at zonal level four months ahead of the monsoon and canals were desilted hence rainwater did not stagnate then.

On deaths due to online rummy, Mr. Palaniswami said that though a law was enacted against online rummy during the AIADMK regime, the game operators moved the Madras High Court against the law. Due to lack of proper arguments during the DMK regime in Court, the Court ruled in favour of the game operators. The Law Minister said that a new law would be enacted and the Chief Minister said that a stay would be sought against the order by approaching the Supreme Court, but it has been nearly five months and the government has not been able to get even a stay order.

On claims that the 11 Medical Colleges that would be inaugurated by Prime Minister were constructed during the DMK regime, Mr. Palaniswami said that everyone knows that he himself laid the foundation stone for the colleges and over 60% of construction was completed during their regime. He said the 11 Medical Colleges that are ready for inauguration were brought in during the AIADMK regime.